In November 1984, the film Silent Night, Deadly Night opened against another small horror movie, A Nightmare On Elm Street. For the first week or so, it trounced the now legendary film. Then, the Citizens Against Movie Madness made a huge stink about the advertising campaign featuring Santa as a homicidal killer and Siskel & Ebert read the names of production crew members to say, “shame on you.” It was pulled from theaters and dropped by the distributor completely, then disappeared for two years, when it finally showed up on video under a new distribution company. Slowly, it became a modest hit and the producers decided it was time for a sequel.

I’m sure you’re thinking “Greg, Christmas was a week or two ago. Why talk about this movie now?” Well, first of all, it’s barely a Christmas movie. Secondly, it’s barely a regular movie. The first half of this movie is mostly told in flashbacks, reusing literally forty minutes of footage from the first one. They’re all presented as the memories of the first movie’s younger brother, which is extremely impressive because in the first flashback he is a newborn baby and in 90% of the rest of them he isn’t present. All of these memories are being related to a prison psychiatrist, who somehow doesn’t question any of this. He just says, after a particularly gruesome incident, “I don’t have any record of this in my notes!”

Let me see if I can piece together what the movie considers a plot. So, our main character Ricky, who is definitely an incel, is in prison being interrogated by a psychiatrist. He tells him of witnessing his parents’ brutal murder at the hands of a man dressed as Santa while his older brother hides in the brush. Then he tells the plot of the first movie, where his brother (also an incel, these boys hate the idea of anyone being horny) is punished by a mean nun and then begins to dole out his own form of punishment (it’s murder, the ultimate punishment), also dressed as a Santa. Once we’ve revisited every gory scene from the original and its ending is spoiled, we get Ricky’s story, which is basically the same except he’s adopted by a nice Jewish couple for a while. There’s an interesting flashback where a new actor is playing Ricky at age 15 (as opposed to the present day 18 year old Ricky) and this character easily looks ten years older and has a full five o’clock shadow. He sees a couple getting freaky in a park, then the man gets aggressive and Ricky runs him over with his truck several times. The woman thanks him for running over her boyfriend and leaves. Ricky then meets a nice young woman and they start dating, until he meets her ex-boyfriend and murders them both in the street. He starts killing everyone on the street, resulting in 2007’s finest meme, the famous Garbage Day scene. Then he gets arrested and we’re all caught up now.

Plenty has been said about the famous Garbage Day scene, but the lead actor’s “brilliant” performance doesn’t stop there. He’s in roughly 30 minutes of this movie, and boy does he make the most of it. You may have heard of chewing the scenery, he devours it! His eyebrow work is incredible. He moves them up and down 130 times in the minutes he has. My friend and I counted 15 times in 10 seconds. Truly impressive. The performance is so over the top and bad that, after the lead actor faded into obscurity, people decided to track him down, figuring he had gone into hiding out of shame for his bizarre role. It turns out he was just living a regular life and didn’t know anyone was interested in what he was up to now. Truly a performance that has to be seen to be believed.

Should I Show This To My Five-Year-Old?

This is a good way to teach your children about the dangers of the incel lifestyle and the dark paths that getting hung up on other people’s sexuality will take you down, so I say sure. It’s also a chilling reminder that just because a man is dressed up as a Santa does not mean he is your friend. It’s useful in helping teach the lesson that, hey, the holidays are a rough time of year for a lot of people. Definitely show this movie to your children, despite what the Citizens Against Movie Madness said. If their message was so important, they’d still exist today, but they don’t and this movie does. 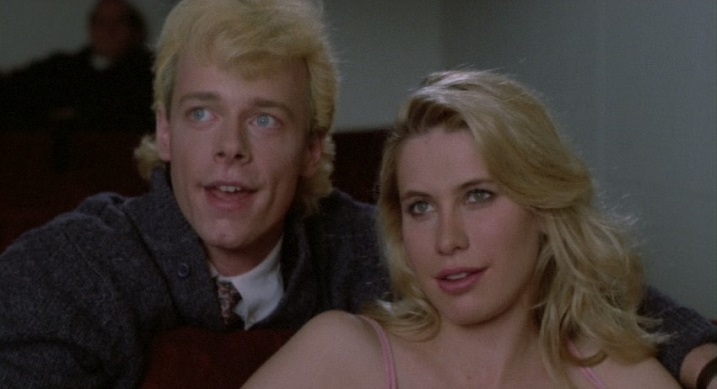 So far, in this series, I’ve only written about and recommended movies that I truly enjoy and think are good on some level. This movie is decidedly terrible in every aspect. That being said, I watched this with a friend and we did have a good time. It’s plenty bloody and so many of the choices throughout are baffling. It’s no wonder why this director only made one more movie following this one. He was clearly in over his head (the lead actor claims he got no direction from him, but the screenwriter kept telling him to ramp it up, and… he sure did). It’s currently streaming on Shudder and Shout! TV, so why not check it out? You’ve got nothing to lose.

If you’d like to own Silent Night, Deadly Night Part Two you can get it below. 80s Baby may receive a commission.