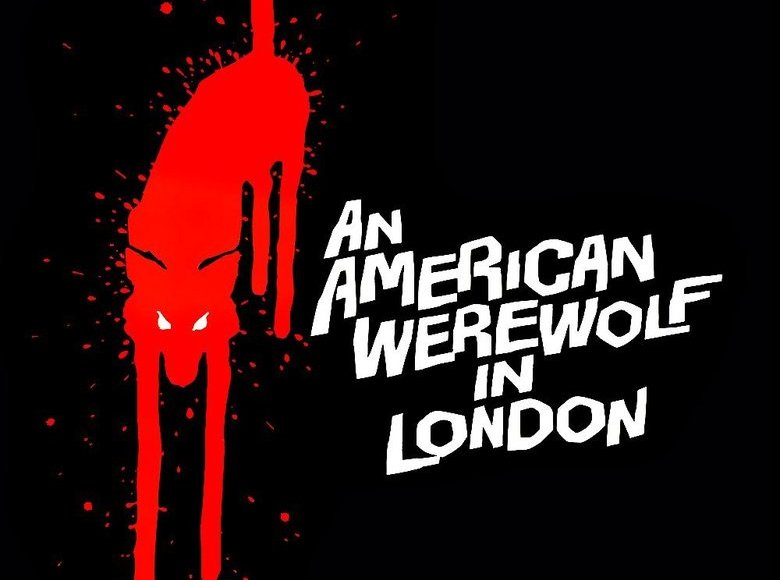 “The undead surround me. Have you ever talked to a corpse? It’s boring! I’m lonely! Kill yourself, David, before you kill others.”

In 1981, John Landis was on a hot streak. He was coming off of the back to back successes of National Lampoon’s Animal House and The Blues Brothers, the former being the highest grossing comedy of its time (later dethroned by Ghostbusters), and he was finally ready to make his passion project: a horror movie that would hopefully be very funny that he’d been writing since 1969. The end result is An American Werewolf in London, which set a very high bar for the horror-comedy genre that is even today barely reached. The film would deservedly become the first ever winner of the Best Makeup Academy Award. 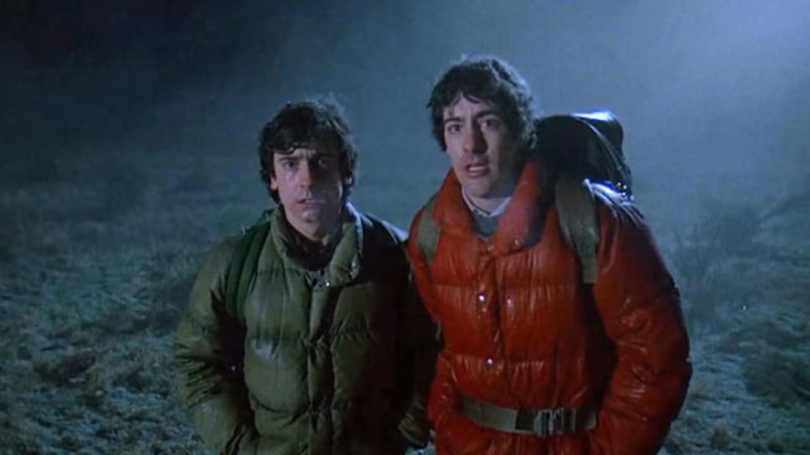 The story centers on David (David Naughton, hot off the successful “I’m a Pepper!” Dr. Pepper ad campaign), a young American abroad who watches his best friend Jack (Griffin Dunne from the Scorsese classic After Hours!) get savagely murdered in a werewolf attack on an ill-advised journey through the moors of England. He gets bitten, then has terrible nightmares of murdering deer and being massacred by wolven Stormtroopers. Eventually, he falls in love with his nurse Alex (Jenny Agutter, Logan’s Run) and moves in with her while he recovers.  Meanwhile Jack appears to him urging him to kill himself, as Jack is cursed to walk the earth until the werewolf’s curse is broken. Soon enough, the full moon comes, and you can only imagine the mess David finds himself caught up in.

The werewolf effects are incredible. The initial transformation doesn’t even happen until two thirds of the way through the movie, and it’s a beautifully edited sequence. The practical effects are incredibly well done, and nearly wound up in Wolven, another 1981 werewolf movie Rick Baker was supposed to work on. He was halfway through working out the effects on that film, thinking American Werewolf would never happen, when he finally got a call from John Landis informing him it was finally a go. Slightly frustrated, he turned the rest of the work over to his young assistant Rob Bottin, who would change the practical effects game forever one year later with The Thing. Anyway, Rick Baker came on board this film and landed the Best Makeup Oscar, one of the few times the Oscars definitely got it right.

If it’s not clear yet, I love this movie. The blend of humor and bloody horror is right on the money, something rarely replicated even today outside of a handful of modern classics like Shaun of the Dead, Evil Dead II, and you could count Scream as well, I suppose. The tension is built perfectly through long shots and eerie music, then released with a uniquely funny quip here and there. While the movie is gory, it’s not too over the top and most of the violence happens off screen. The balance is perfect.

Should I Show This Movie To My Five Year Old?

Frankly, I’m not sure why you haven’t already. It’s important for children to know about werewolves and how to avoid them. Cat Stevens refused to let them use his song “Moon Shadow” because he believed werewolves to be a real supernatural evil in the world, and who are you to disagree with him? You think you’re better than Cat Stevens? Really? Come on, man. This is also a great introduction to English pub culture for your child. If they’re ever considering spending some time abroad drinking, they should know what to expect and this film paints a very vivid portrait of that. Also, at one point David is wearing a women’s coat, and this might be a fun way to introduce the idea of breaking free of traditional gender roles with your child. They’re never too young for that conversation.

This is an excellent movie that I love dearly. It’s very funny and builds atmosphere well. If you know a person that doesn’t like this movie, let me know and I will DM you their address so they can come fight me. That’s how much I love it. This is by far the third best movie John Landis ever made (I grew up on Animal House and The Blues Brothers and I couldn’t possibly care less how you feel about that) and it’s definitely worth a watch. Also, David Naughton is nude for 40% of the movie roughly, so if you’ve ever wanted to see the movie that lost the “I’m a Pepper” guy his contract with Dr. Pepper, you owe it to yourself to check this out.

If you’ve never seen An American Werewolf in London you can watch it on Prime via the below link until September 30, and afterwards pick it up for $9.99.