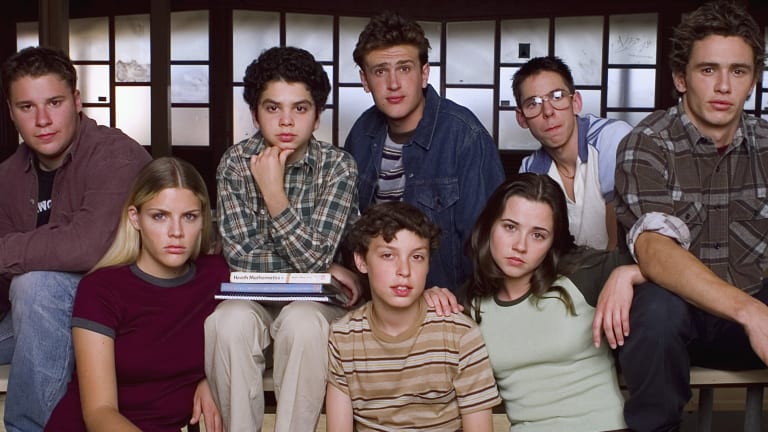 If somebody told you today that there’s a television series that featured James Franco, Seth Rogen, Jason Segal, Linda Cardellini, Busy Phillips, Ben Foster, baby Shia LaBeouf, Martin Starr, Lizzy Caplan, Samm Levine, John Francis Daley, Biff from Back to the Future, and Jason Schwartzman I have a feeling you’d want to check it out. Well that show exists, it’s called Freaks and Geeks, and it tragically only lasted one season because none of those people were famous yet so sadly nobody checked it out. 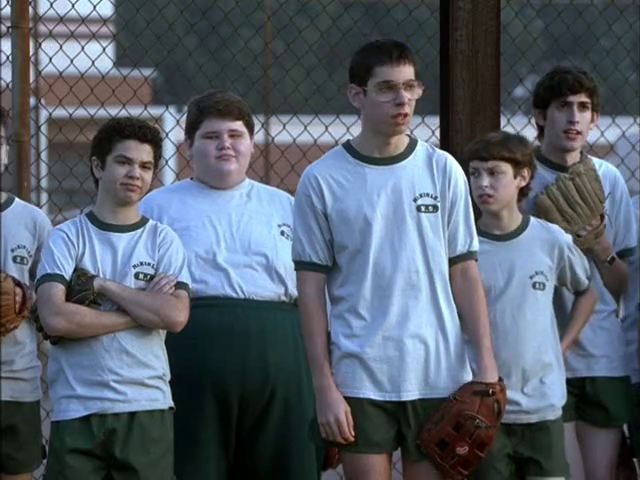 I’m talking about Freaks and Geeks today because it is my favorite television show of all time and it also happens to have debuted 20 years ago today. The show was created by Paul Feig based upon his childhood memories of going to high school in Michigan and produced by Judd Apatow, shortly before Judd took every young man who starred in this series and built a movie empire on their shoulders. Freaks and Geeks ran on NBC for one season and 18 episodes, three of which did not air until the following year on Fox Family. Episodes also ran out of order because NBC was a clown show and completely mismanaged and blew the marketing, which you can hear all about if you get ahold of the DVD collection and listen to the commentary.

I’ll admit right now that I mostly watched Freaks and Geeks after the fact. I was a sophomore in college when it debuted and it ran on Friday nights, which meant our primary focus at the time was pre-gaming before going out to a bar. I did catch a couple of the episodes when they initially aired, but for the most part I consumed the show on DVD after it had already expired. Once I took it all in, however, I became a missionary for the show, introducing it to all of my friends, who also fell in love with it. It made things easier that by then James Franco and Seth Rogen were household names, and my friends and I happened to be the target demographic for the bro comedies being churned out by the Apatowiverse.

Freaks and Geeks is a very easy show to fall in love with. The setting is the Michigan suburbs in 1980, but it felt exactly like Firelands High School did in 1994, and I’m guessing you’d see a lot of wherever you happened to go in whatever your Freshman year was if you watched it. The show focuses on the kids, specifically the two Weir children and their respective friend groups. Sam Weir, Neil Schwarber, and Bill Haverchuck (the greatest and most relatable character in the history of television) are Freshmen at McKinley High School, and compose the core of the Geeks from the show title. Sam’s sister Lindsay is a Junior, and after two years as a star student and mathlete she is welcomed into the Freaks group by Daniel Desario, and eventually becomes accepted by Kim Kelly, Nick Andopolis, and Ken Miller (I’m not matching them up because of the size of the ensemble but all of these characters are played by now well-known actors).

The time period in which Freaks and Geeks exists enhances the show by adding to the realism: Nick wants to be a famous drummer and is heavily influenced by Neal Pert, the Freaks get fake IDs making them 18, reflecting the earlier drinking age in place at the time, Bill Haverchuck is a huge Dallas and Bionic Woman fan, later on in the series Vice President George H.W. Bush visits the high school (and bums me out when it is revealed that Cindy Sanders, Sam Weir and my crush from the show is a young Republican), but the qualities that make the show universal aren’t dependent on the year in which it is set. It’s a show about figuring out where and how you fit in. All of the characters, including the ancillary ones, have inner aspirations, and oftentimes the show lets those characters have their moment as well by allowing those aspirations to shine through. A good example of this is the depiction of Sam, Bill, and Neil’s bully, Alan (played by Chauncey Leopoldi, best known as Squints from The Sandlot). Alan picks on the geeks from the beginning, but while he’s a major annoyance he’s not really a threat. Bill’s much bigger than Alan, and eventually the geeks figure out that if they band together they can fight back. More importantly, they realize that Alan is tormenting them because he feels left out. We see Alan get bullied by bigger threats at the school, and we also learn that Alan used to hang out with the Geeks. He’s doing this now because they’re in high school, and he’s trying on a new persona, but it’s clear that he misses Dungeons and Dragons and the other childhood games that the Geeks still find genuine comfort and joy in playing.

More than anybody, Lindsay spends the series trying to figure out who she is. Her transition from mathlete to burnout hanger-on occurs because Lindsay and Sam’s grandmother died, and Lindsay was with her when it happened. At the end of her life Lindsay’s grandmother was scared and felt alone, and it triggers an existential crisis in Lindsay. In 18 episodes we see Lindsay move away from being a star student and spend time with the people in her school she used to look down on, and by the end of the season she decides to join a group of hippies who are following the Grateful Dead. Whenever a show ends prematurely invested viewers are disappointed about the stories that the show didn’t get to tell, but it’s especially frustrating when it comes to Freaks and Geeks. Throughout the season the characters are finding their paths, and without a second season the viewers don’t get to see where those paths lead, other than to Cougar Town, Knocked Up, the Scooby Doo movie, and Spider-Man. We got a season of Undeclared, which I also love, but it’s not the same. 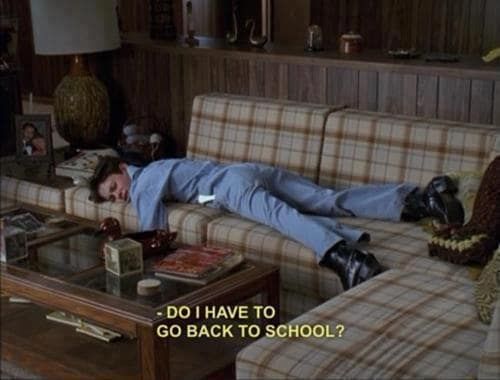 The other thing that Freaks and Geeks does better than any other television show I’ve seen is depict the awkwardness of high school. As a person with a long memory when it comes to the most embarrassing things that I’ve ever done and have happened to me, seeing the characters have cringe-worthy experience after cringe-worthy experience resonates. Even though in the grand scheme none of them matter, these events are central to the episodes. I believe that they’re presented in this way because they loomed so large in our minds during high school (and still for weirdos like me). Every embarrassing moment felt like the end of the world in high school. Freaks and Geeks understands that. It also doesn’t spare anybody. Even the popular characters are made low, because high school embarrassment doesn’t discriminate.

Bill Havechuck got short shrift in this article after I specifically mentioned he’s by far my favorite character. I’ll remedy that in the future in an article focusing solely on him. Until then, enjoy the ReRun dance.

The whole of Freaks and Geeks consists of 18 episodes, each running 40 or so minutes. You could easily watch the whole series in a weekend and I recommend that you do, but if you want to check out one episode to see if you like it I think you should start with “Beers and Weirs.” “Beers and Weirs” is the second episode of the series. It’s considered by some to be the series’ best episode but it isn’t my favorite, although it’s up there. I think it’s a good entry point because it puts most of the series characters in a single setting, a party at Sam and Lindsay’s house, and allows them to interact. It gives the viewers a sense of who everybody is and what their motivations are, and it does it in the context of a high school party, a universally familiar experience. It also contrasts the competing interests of the Freak and the Geek groups while having them interact and in some cases find common ground. And it features a killer rendition of the Doobie Brothers’ “Jesus is Just Alright.”

I didn’t even get into the parents, who are also wonderful, or the teachers and various alternative comedy icons who appeared on the show. There’s just too much goodness to cover.

Happy anniversary, Freaks and Geeks. We didn’t deserve you.

What are your thoughts on Freaks and Geeks? Let us know in the comments or on Twitter.

If you’re inspired to pick up the series after reading this, consider getting it through the link below. If you do, 80s Baby gets a little piece.