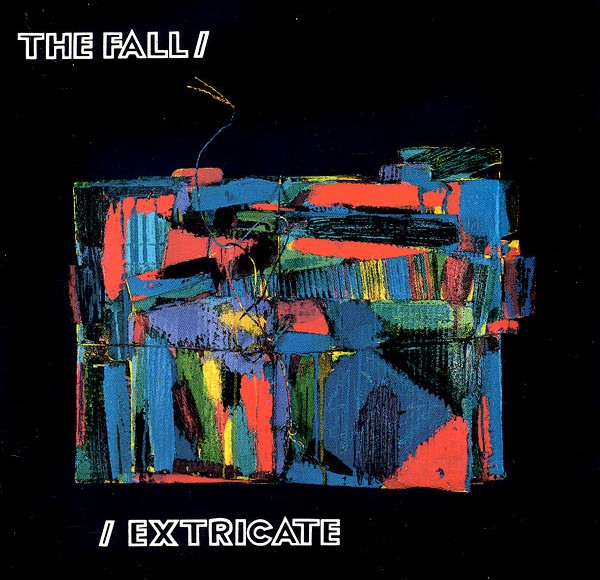 (Alex Fleming is back with a new series! Check out his previous article on Baldur’s Gate here. -Ed.)

Welcome to Noise Machine, a segment where I, Alex Fleming,  dive deep into the question, “Is the unlistenable music from our past still unlistenable?” – I rediscover difficult, challenging or strange music from the past because nobody needs to do this. To boldly go where we have been before, but a long while ago.

My wife says the music I listen to sounds like “someone throwing spoons down a hallway.” Not all the time, but a lot of the time. I will admit that I am interested in experimental, avant garde and weird music. I have seen Sunn O))) live and been to several noise shows. From Tim Hecker to the Birthday Party to Alvin Lucier and John Cage, I’ve always been curious about weird-ass sounds. So those are my credentials. I have also played a lot of weird music until I sold my soul, if you are curious.

But you’re not here to talk about me or my music. You’re here to find out if the challenging and difficult music of the 90s is still just as hard to listen to as it was 30 years ago. Because there are only a few people on this planet who would even want to check, and they are not writing this.

To answer this question I am starting with my favorite “challenging rock” band of all time, the mighty Fall, fronted by Mark E. Smith. Their signature sound is that of an old man shouting or gargling over what could almost definitely be called music.

In 1990 the Fall released Extricate, their 12th studio release since forming in 1976. By this time the Fall had created a sound, evolved it, destroyed it, evolved that, gone backwards in time and reborn again. In the 80s Mark married Brix, an American who brought the band in a more accessible direction according to the documentary I watched. They broke up right before releasing Extricate, and it’s a moody brood fest with an old man shouting at you, like Bernie Sanders chasing after a bus. It’s maybe as emo as the Fall get (don’t @ me about how emo is actually about post-hardcore, you know what I mean).

Extricate opens with “Sing! Harpy,” a sound like nails on a chalkboard, but worse – a violin tuning. It’s a strong opening statement that the entire album is in its feelings.

Wait, attention! Alert! I just realized Martin Bramah from the original lineup plays on this album? I didn’t realize that until I looked at the Wikipedia. That’s the thing about this band – there’s an enormous world of lore to explore. Mark’s approach to creating seems to be “write so much music no one ever has to spend much time listening to any one song” What’s crazier is that Mark fired Martin shortly after recording this album. Sometimes you rehire the guy from 11 albums ago for one record and then fire him again. These things happen if you are Mark E. Smith.

“I’m Frank” sounds like a song that would be fun to listen to while wearing sunglasses indoors and sulking. Or maybe that’s “Bill is Dead”, I can’t remember. They are both good songs and very sad, but in the way the Cure kinda makes me sad. “Black Monk Theme” is a cover but in this context it freaks me out that Mark is going to hurt someone and isn’t coping with this breakup well.

“Popcorn, Double Feature”, is a nice song about the movies. It doesn’t make much sense at yet is more straightforward than most Fall Songs.

“Telephone Thing” is my freakin’ jam. I start rocking out when that song comes on. It’s that classic combination of yelling about people tapping your phones and a funky groove. The bass slaps, and Mark sounds like he’s just saying random vowels at one point.

The rest of the album takes a bit of a turn and picks up the tempo and would be considered “very listenable.” The singing is even more like regular singing some of the time. It’s kinda jarring.

So what is the verdict?

I want to listen to Extricate when I feel sad but also want to project an air of smug sophistication. It’s a point of sadness after the crying fits, when I’m trying to regain my composure. Sure, I’m not ready to go outside and face the world, but I’m done filling the bathtub with tears. It is: Listenable!

Alex Fleming is a writer, comedian, nerd and game designer living in the LA area. For more information or to file a whistle-blower complaint please visit alexhfleming.com

Did you hear? 80s Baby has a Patreon! Check it out here and become a sponsor for as little as $1 a month.

You can pick up Extricate below. 80s Baby may receive a commission.