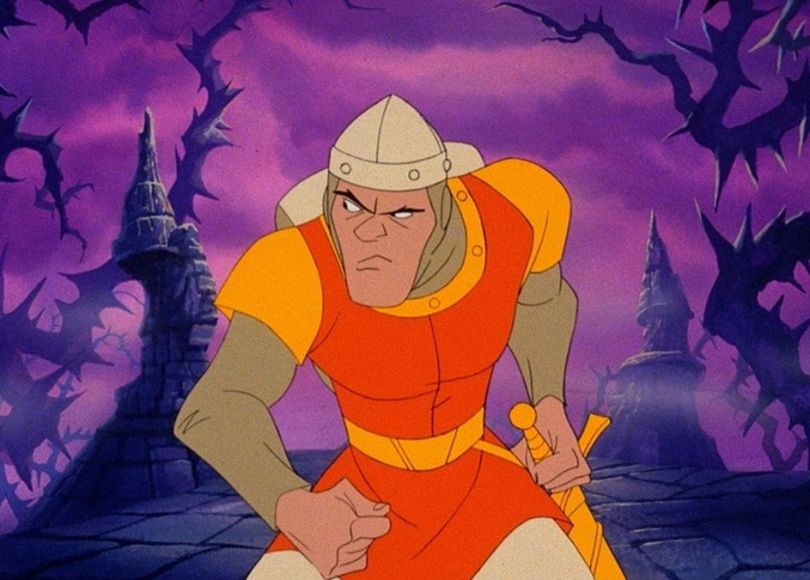 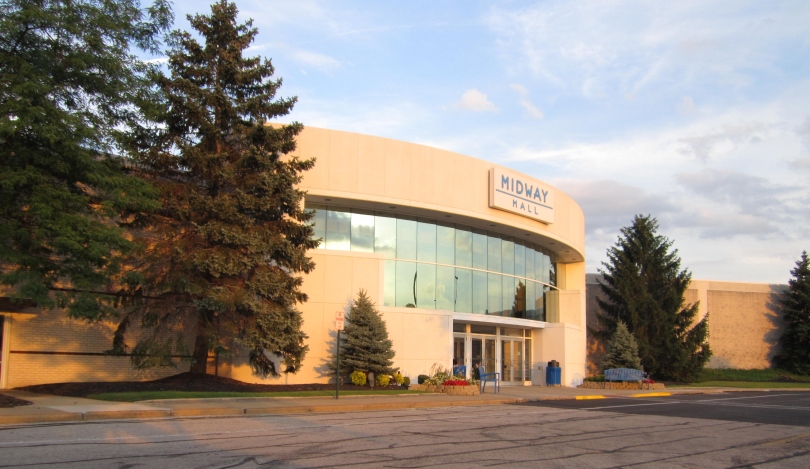 Today on 80s Baby I’m taking on Dragon’s Lair. Of people who are actually old enough to grow up contemporaneously with the game I’m probably among the least equipped to cover Dragon’s Lair, but regular reader and frequent commenter Cartoons By Frank requested that we talk about it so I’m going to give it a shot. The reasons that I’m not the ideal reviewer of this game are two-fold: As I’ve mentioned before, mom didn’t let me spend much time in the arcade at Midway Mall, our local mall, because in her opinion that’s where the bad kids hung out. Being a bad kid in our part of Ohio between 1990 and 1992 probably meant you listened to Guns N Roses and Motley Crue, probably smoked cigarettes, maybe wore a jean jacket. In other words, you were insanely cool. Mom didn’t want that life for me. I didn’t get to be cool, so my arcade trips were rare and strictly monitored by an adult relative. The second reason is I’ve never actually played Dragon’s Lair. When I write that, I don’t mean that I haven’t put money into the machine and frantically jerked the joystick when prompted to do so, I mean that I am 100% certain I’ve never advanced past the initial scene in the game. I don’t think I ever even managed as Dirk to pick up my sword before being cooked to a crisp by dragon fire. Given that I’ve at most seen twenty seconds of game play and accomplished nothing, I don’t think I can actually say I played Dragon’s Lair.

Let’s back up a bit. I jumped right in to my limited experience with Dragon’s Lair based upon an assumption that everybody reading knows the game and is aware of its reputation for being frustratingly difficult to play. You’re not all nerds who are pushing 40, so I’ll provide some context. 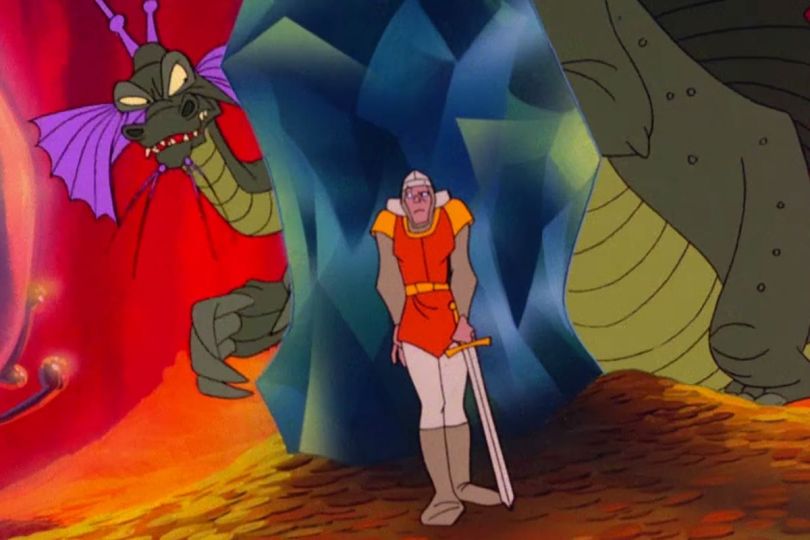 A lot of people have spoken about Dragon’s Lair in a more engaging and intelligent way than I am right now, such as the podcast How Did This Get Played?, so if you want to know even more I recommend you seek those out. Whoa, not right now. You’re already 400 words in, you might as well finish reading first. You will read my review first! Please?

If you only discovered Dragon’s Lair recently it may have been via season two of Stranger Things. The game was released in 1983, so in the Fall of 1984 it still would have been a major attraction for Mike, Dustin, Will, and Lucas. Dustin’s great at the game, possibly better than any non-fictional character has ever been. Also, clearly their parents want them to be cool, since they have easy access to the arcade.

One thing that is revealed in the scene is why Dragon’s Lair was so popular even though the controls were essentially non-responsive: it was beautiful to look at. In an era where home console games consisted of little more than large sprites in the vague shape of something, Dragon’s Lair looked like a cartoon, because it was. The animation was designed by Don Bluth’s studio and released on Laserdisc, cutting edge technology in the early 80s that only your richest friend or your bachelor uncle owned. Don Bluth is a former Disney animator who is responsible for any notable American animated movie from the early part of the 1980s that wasn’t released by Disney, such as An American Tail, The Secret of NIMH, All Dogs Go to Heaven, and the first of 14(!) The Land Before Time movies. The most recent Land Before Time movie came out in 2016. Think about that.

Don Bluth’s animation style is very distinctive, and like his theatrical releases Dragon’s Lair looks fantastic. You may not be able to get Dirk the Daring to do anything and Princess Daphne is going to die of old age waiting for Dirk to get her out of Mordroc’s castle, but they’re going to look great while you’re not doing it. If by some incredible stroke of luck or cosmic intervention you do manage to successfully input the required combinations Dirk will battle against Singe the dragon in Mordroc’s castle while Princess Daphne coos in the background like a sexy baby. Seriously, watch the walkthrough. It’s disturbing. Dirk and Daphne then live happily ever after until the sequel, Dragon’s Lair II: Time Warp. A 100% successful run without any deaths runs about 12 minutes. A normal run lasts 20 seconds and then you wish you’d put your quarters into WWF WrestleFest or X-Men instead.

Despite being nigh impossible to play, Dragon’s Lair was massively popular, considered to be the most successful arcade game out at the time it was released. I didn’t encounter it until 8 or so years later, and it still drew people to it in the arcade. It went on to spawn the aforementioned sequel, several home computer ports, Nintendo, Game Boy, SNES, and Sega CD versions, an iPhone game, and it is currently available on Steam. Space Ace, another Bluth creation, also came out only four months after Dragon’s Lair was released in arcades.

Dragon’s Lair is rightly regarded as an arcade classic that has endured in popular culture despite my belief that nobody really enjoyed playing it. It looks gorgeous though, and anybody who owned an Atari 2600 in the 1980s would agree that counts for a lot. If you’re interested in giving it a whirl pick it up on Steam. With what must be more responsive controls you’ll be getting the total package. Thanks again Cartoons By Frank for the suggestion, and I hope you all learned something you didn’t know about Dragon’s Lair before reading this, apart from me not being cool enough for the arcade.

What were your favorite arcade games? Let us know in the comments or on Twitter.