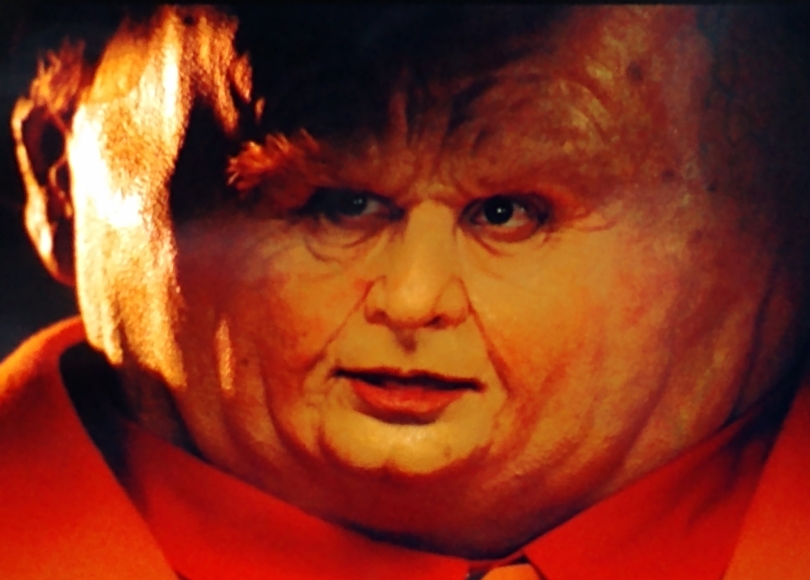 (If you missed it, check out Amy Bilancini’s review from Monday of another comic strip movie from the 90s, The Shadow)

To begin, I have a confession to make: I have been a fan of Dick Tracy since it came out. I owned Dick Tracy action figures and Dick Tracy trading cards (more about these later). I bought the Dick Tracy Nintendo game twice, once as an adult, and it isn’t even very good. The first term paper I ever wrote in college for my Communications 201 class was about the Dick Tracy movie. Despite all this, only now, in the year of our lord (Sonic the Hedgehog) 2019, did I realize the insane amount of people who are killed in the movie Dick Tracy. You’re probably thinking, “It’s cartoonish! It’s big goofy wind up punches!”

Watch it again. It’s a blood(less)bath. By my count, by the end of the movie there are two remaining mobsters in the entire city: Mumbles and Texie Garcia (played by Catherine O’Hara. She’s in the meeting of the mob families but doesn’t have any lines). Every other mobster we see in the movie is killed. All of them. I’m not counting Steve the Tramp or 88 Keys as mobsters, but even with them the survivor count is four.

Now that I’ve demonstrated that if you’re as dense as me you can learn something new about a 29 year old movie, let’s get into it. I’m not going to break any ground with this observation, but the most obvious thing about the movie Dick Tracy is that it looks amazing. I’m not going to pretend that I know a lot about art direction or about Harold Michelson, who did the art direction on this movie, but I’m having trouble envisioning how a movie based upon a comic strip could have looked better. Batman, Who Framed Roger Rabbit?, and Dick Tracy coming out in 1989-1990 represent a triptych of design perfection, or a Snap, Crackle, and Pop, to put it in terms more suited to this website. The color choices, the costuming, the prosthetics, the matte backgrounds, the use of miniatures, just everything about the look of Dick Tracy makes me happy and leaves me in awe. Look at the framing in the scene below! Beautiful. 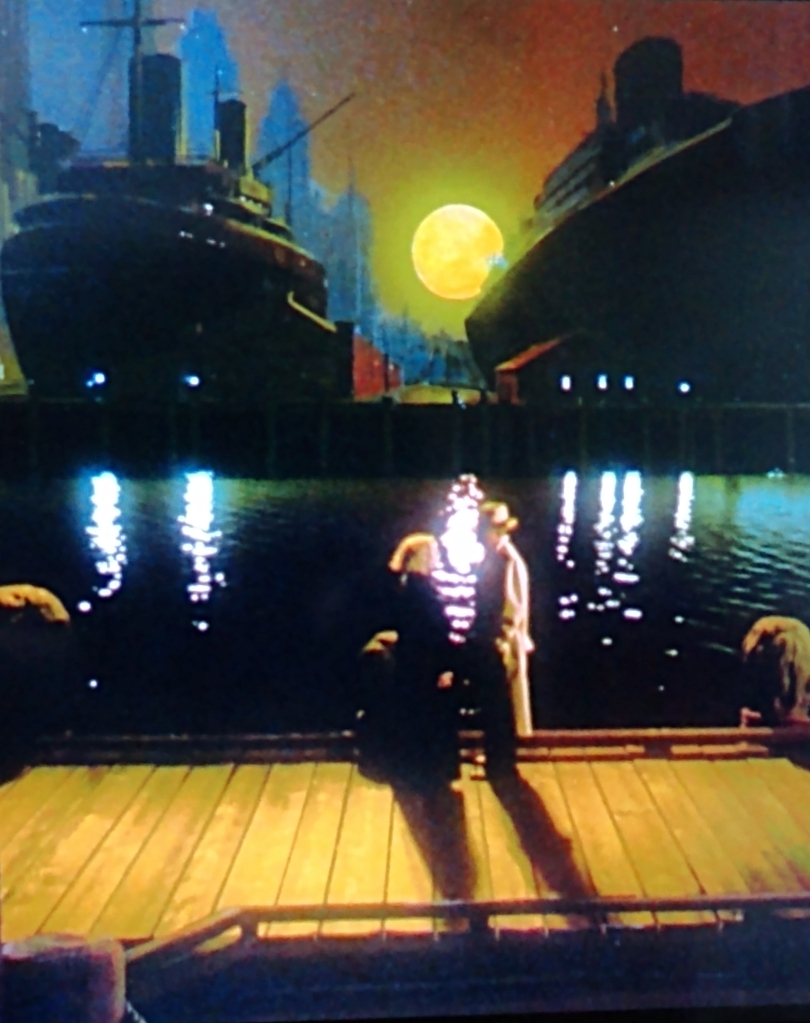 Dick Tracy is remarkably good at being what it sets out to be. The storytelling isn’t ambitious, because why would it be? It’s depicting a comic book. Dick Tracy himself isn’t a complex character. To look at him is to know what he stands for. With one exception, the performances in the movie are top notch. Warren Beatty is handsome and serious as the title character. Glenne Headly is steadfast yet independent as Tess Trueheart and Charlie Korsmo is a Wizzzer that was set in motion as The Kid, careening everywhere at a hundred miles an hour. Pacino chews an appropriate amount of scenery for once as Big Boy Caprise, and the motley crew of mobsters lets the makeup do the work, as they should. 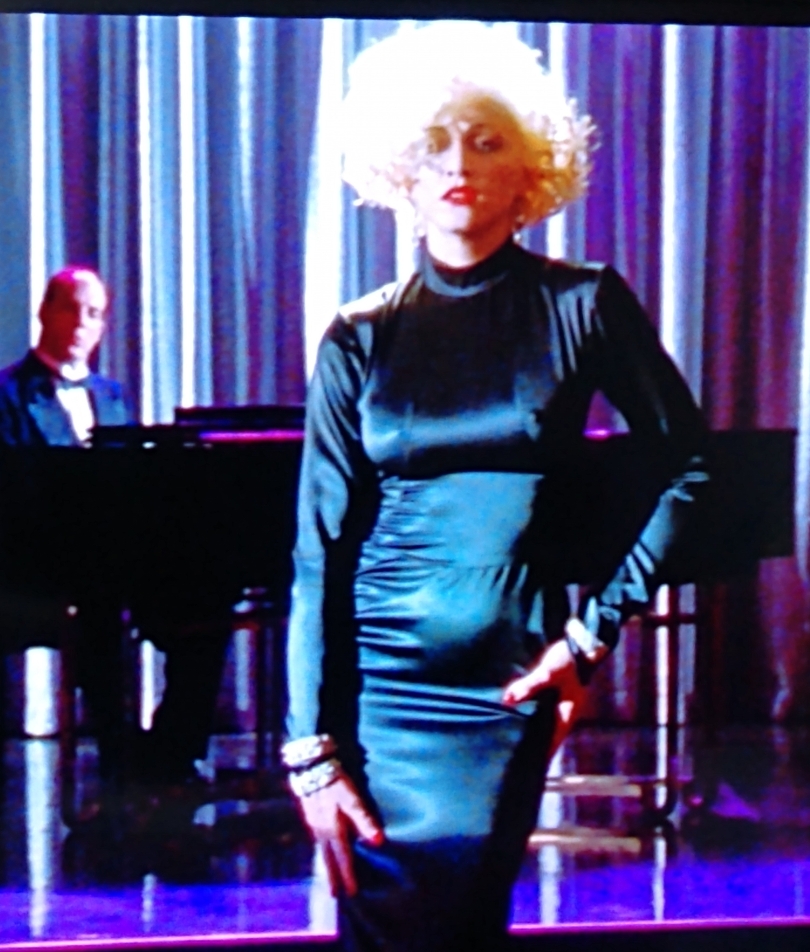 Since I haven’t named her yet, you can probably guess who the exception is. Madonna’s Breathless Mahoney is the one thing I truly don’t like about the movie. I get what she’s doing. I get the motivation; she’s never been more than an object to anybody, and she wants to be saved, protected, and appreciated by Dick Tracy. The problem is that she doesn’t appear to not want to be an object anymore, she just wants to be his object instead. And she refuses to take no for an answer. She’s every whiny high school boy who can’t take a hint, but Madonna. For chrissakes, Breathless. LOOK AT THAT JAW. THAT’S THE JAW OF A FAITHFUL MAN. It’s exhausting. It’s all Sondheim’s fault for writing the “Sooner or later I always get my man…” song.

To sum up, Dick Tracy is super fun, looks amazing, Madonna is a bummer, and if you have a goofy looking face that dictates your mobster name, you’re super dead now. On to the accessories!

I previously mentioned the Dick Tracy trading cards in my non-sports trading cards article. It’s a great looking set, and was one of my favorites to collect back in the day. These are so burned into my memory that when the Breathless-Tracy scene below occurred the other night while re-watching the movie, I quoted the caption on the card. 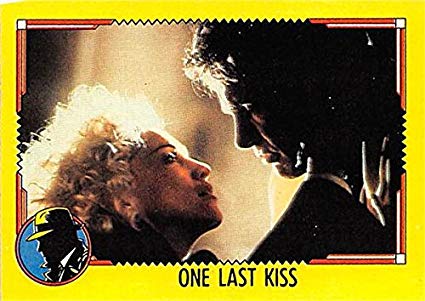 As I mentioned in the previous article, the design of these cards was very well done. They don’t feel like just a cheap cash in on the movie, but can stand on their own. Pick some up if you want! Just bear in mind that like all trading cards they’re worthless.

Something related to Dick Tracy that I haven’t previously discussed on 80s Baby was the Dick Tracy action figures. I sort of hate to embed the above video because the person who uploaded them called the action figures “hideous” but what are you going to do (except ignore that jerk)? The Dick Tracy: Coppers and Gangsters line was released by Playmates in 1990. If you collected action figures as a kid but didn’t have these, you may notice that they remind you of the Teenage Mutant Ninja Turtles set that came out in 1988. That’s not surprising, since they were made by the same company and I’d be willing to bet that these were based on the molds for the Turtles. The figures stand in nearly the same way. I loved these figures (and am currently keeping an eye on them on eBay, sorry wife if you’re reading this) and had most of them when they came out. The outlandishness of the characters lends itself to something like an action figure, and allows for a variety of figures that don’t feel repetitive. These must have gone on sale at some point after the movie left theaters, because I distinctly remember receiving several on days when I was home sick. My mom had a reserve of toys to give to us on days when we had bad illnesses. I hope your family had a sick day drawer as well, because it ruled pretty hard. 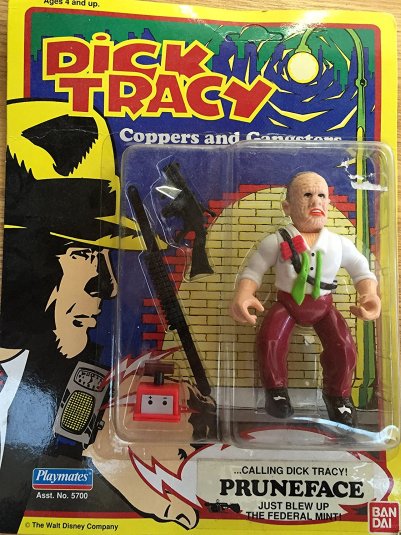 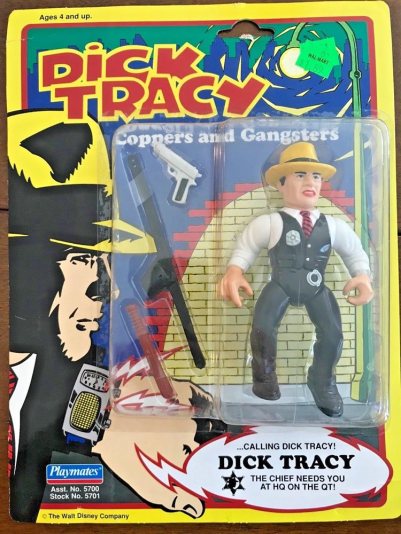 I’m not going to get into the Nintendo game, apart from saying that it was hard and I was bad at it. Or it seemed hard because I was bad at it. Something like that. Anyway, if you missed it you didn’t miss much. I’ll throw a screenshot of it at the end of this sentence just because. 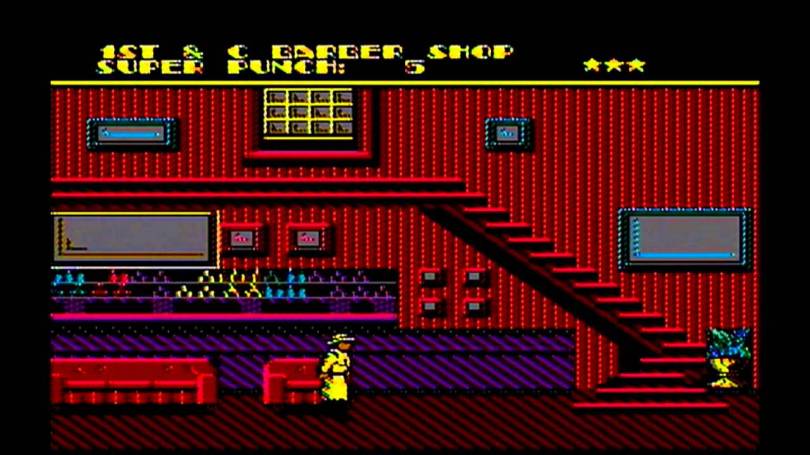 Did you love Dick Tracy? Why the heck not? Let us know in the comments or on Twitter.