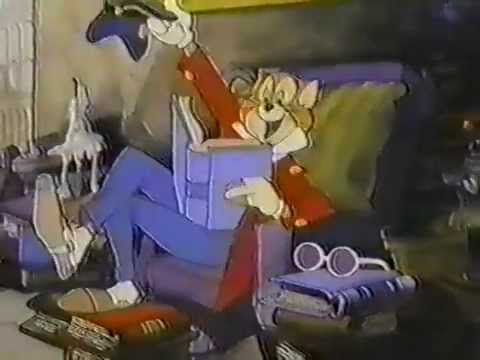 Today’s entry is on the short side so come back this afternoon for a second article -Ed.

I’ve discovered through doing a nostalgia podcast and this website that there are certain pieces of popular culture from my childhood that apparently only resonated with me. One of those “John stands alone” bits is Cap’n O.G. Readmore.

Cap’n O.G. Readmore was an anthropomorphic cat, dressed in a ship captain’s outfit, who encouraged children to “read more” (right?!). He was to books as Cap’n Crunch was to cereals that tore up the inside of your mouth. The Cap’n plied his wares (books) on ABC on weekend mornings beginning in the mid-1980s, with sporadic specials running through the early 1990s.

Unbeknownst to me, Cap’n O.G. Readmore took two forms. He existed as a cartoon voiced by legendary voice actor Frank Welker, who you may know from every cartoon you ever watched, including Fred from Scooby Doo, Megatron in the Transformers movie, and Kermit on the Muppet Babies. He also existed as a puppet, acting as the host of the ABC Weekend Specials. While I’m sure puppet Readmore and I crossed paths many times, when I think of O.G., I think of the public service announcements featuring him that ABC ran during Saturday morning cartoons. Readmore would appear and recite a rhyming couplet, then he was off through a world of books, encouraging children to explore new worlds that they could access through reading. If Book It! was the main course, O.G. Readmore was the table setting when it came to getting 1980s kids excited about reading.

Cap’n O.G. Readmore was also the star of five half hour specials that aired between 1985 and 1992. In each of these specials, O.G. would convene the Friday Night Book Club consisting of himself, Kitty Literature, Ol’ Tome Cat, Wordsy, Lickety Page, and Dog Eared. The club would read aloud from a famous piece of literature, which would then lead to the audience seeing the book come to life, and O.G. inserted into the story. They covered classics such as Dr. Jeckyll and Mr. Hyde, Puss In Boots, and Little Red Riding Hood. They are available on YouTube, and you should absolutely not bother watching them (but if you must there’s one right below).

I will always remember Cap’n O.G. Readmore fondly for assisting in stoking my interest in reading, and of course for his service to our country in the Book Navy, and I recommend looking for the PSAs on YouTube (I helped by linking one at the beginning of this article). They’re fun and catchy, and I wish I wasn’t the only one who remembered him.

Do you remember Cap’n O.G. Readmore? C’mon, anybody? If so, let us know in the comments or on Twitter.