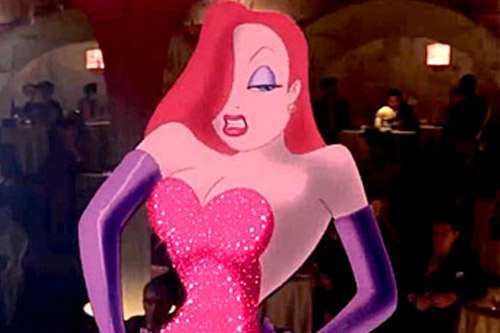 Onions weren’t the only things Bloomin’ for 80s and 90s kids. They also started experiencing feelings of attraction, and often those early infatuations focused on cartoon characters. A group of New York City comedians shared their early cartoon crushes with 80s Baby, and now I’m sharing them with you. Full disclosure, as a repressed Midwestern Catholic boy, my own early cartoon crushes were as white bread as you would expect (Hi Jessica Rabbit!) 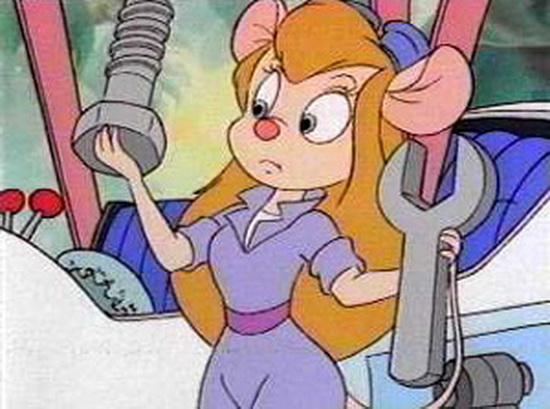 The earliest sexual thought I can remember was when I was three years old.  I think what was attractive about her to me was the fact that she was smart, practical, and (these are important to a three-year-old) was pink and had big eyes.  I remember the fantasy clearly; I was in my parent’s living room, playing with a large dinosaur action figure and I started visualizing Gadget being trapped inside the dinosaur so I could “have” her.  And “have” was this weird, ineffable sense of ownership or something.  I dunno, I was three – I could barely figure out controlling my bowels, understanding sex was a whole ‘nother world away.

John Field is a stand-up comic who has been featured on MTV and College Humor.  His talk show, The John Field Show, can be found on YouTube, and you can follow him on Twitter @AmericasComic 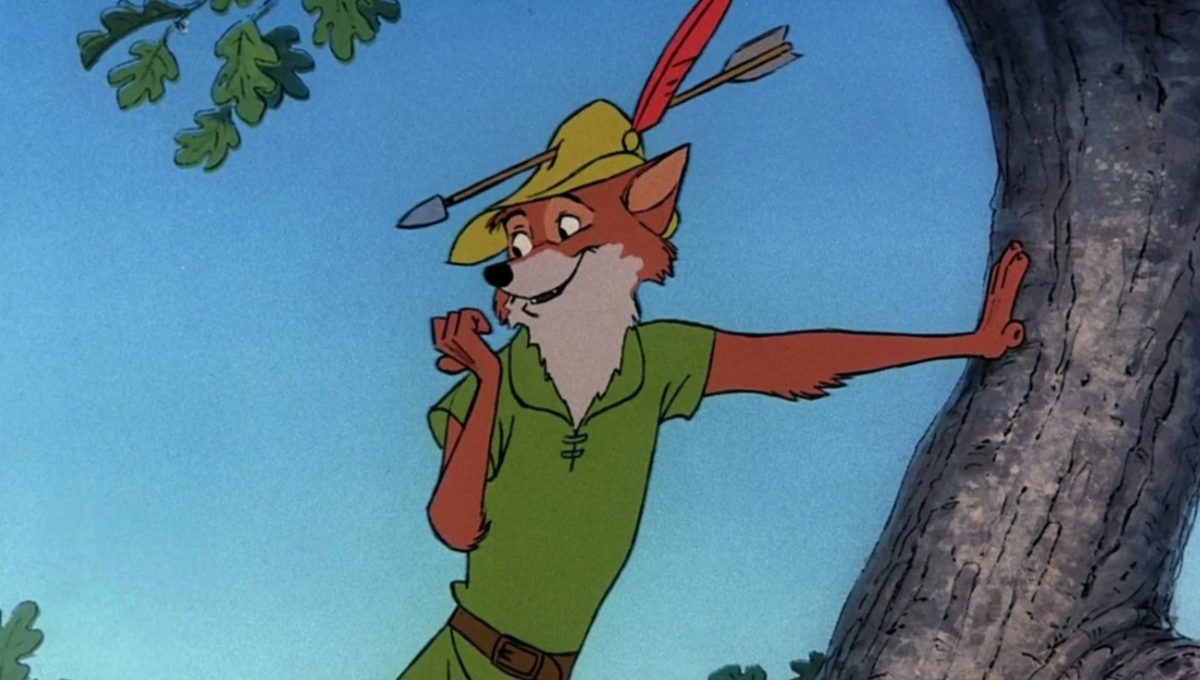 Listen I’m not into animals. Heck, I’m not even into most masculine presenting, Cis guys. But am I into Disney’s version of Robin Hood? You can bet your bottom farthing that I am.

What is it? Is it his neverending crusade against income inequality? Yes. Is it his skills as an archer? Heck yes. Is it his thoughtful kindness to the people in his Nottingham neighborhood? Hell yeah. Is it his matching green smock and cute hat paired with zero pants? Uh-huh!

Robin Hood is a fox — both literally and figuratively. Oo de lally!

Sarah Kennedy is a writer, comedian, and producer in New York City. She’s contributed pieces to Reductress, Laughspin, and The Advocate and has been featured in pieces for the Huffington Post and Glamour.com. She is an avid Taylor Swift stan and she loves her girlfriend, her cat, and you. Follow her on Twitter. 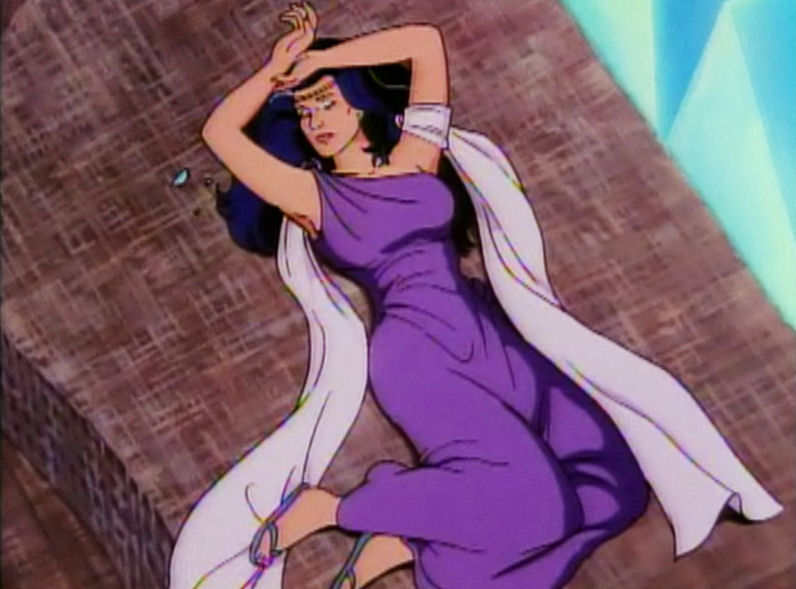 Gaia, the violet-eyed vixen and hero of Earth, has a passion that awoke more than just the powers of nature.

She had big hair accented by a few strands of grey that hinted at her maturity and wisdom. Her flowing purple dresses hugged all the right places for a kid thinking about getting into conservation. On top of all that she had an unyielding beauty but she seemed approachable, at least while on Hope Island.

She was the icon of a strong woman who dedicated herself to doing good. Her accessories were practical, but still showed off her strong, understanding face.

At first, the message of Captain Planet was lost on me. I didn’t see a reason to spend all that time or effort. But the thought of disappointing Gaia made me rethink my ways.

She started a life-long attraction to reusing, reducing and recycling. If recycling could bring me closer to a woman like that, I’d separate my bottles and cans.

Matt Storrs is a humor person. You can follow him here. 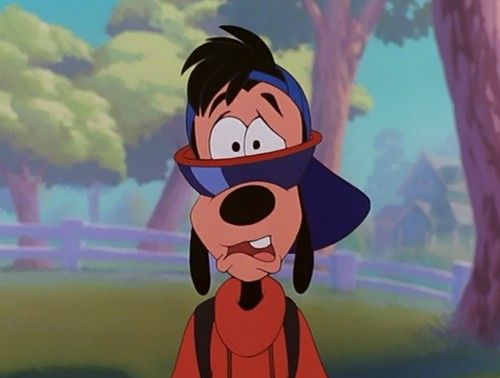 Hey, so: did we ever figure out whether Goofy is actually a dog or not? Cause, y’know, there’s the whole “if Goofy is a dog why does Mickey HAVE a dog of his own named Pluto?” situation that I think makes it clear that G. G. “Goofy” Goof is totally not a dog. Does that make my childhood attraction to his teen son, Max Goof, any less gross? Unclear! But boy oh boy, did Baby Hattie have a biiiiig crush on Max. Which is weird, right, because EVERYONE in that movie was hot! Roxanne? Hot! Stacey? Obnoxious, but hot. Bobby? Bobby Zimuruski? That’s PAULY SHORE! All women born between 1972 and 2004 are obligated to be attracted to Pauly Shore.

And yet it was Maximillian who captured my heart–I even had him as an imaginary friend! I think it’s because he can sing, and dance, and do big romantic stunts, but he’s still shy and humble about it. And he looks like he would be juuuust the right height for a school-age girl’s first boyfriend. Sometimes, I would imagine kissing him, and also petting his long ears and ruffling his hair a little. I did not imagine holding hands with him, because he always wore gloves and that’s gross, but I DID also fantasize about him taking me to a middle school dance, where we would perform a choreographed dance and it wouldn’t even matter that no one else thought it was cool. That’s what we all want in relationships, really: someone who spends all their free time learning Powerline dances and doesn’t mind taking turns being a backup singer. Roxanne, you lucky dog (?), you.

Hattie Hayes is not an eighties baby, but you bet your sweet butt she had a velvet KISS poster in her childhood bedroom. Two, actually! She’s a Missouri transplant who lives in Queens and runs shows all over NYC. Find her on Twitter/Instagram, @QueenHattieJean.

What do you think? Who revved your engine? Let us know here or on Twitter.