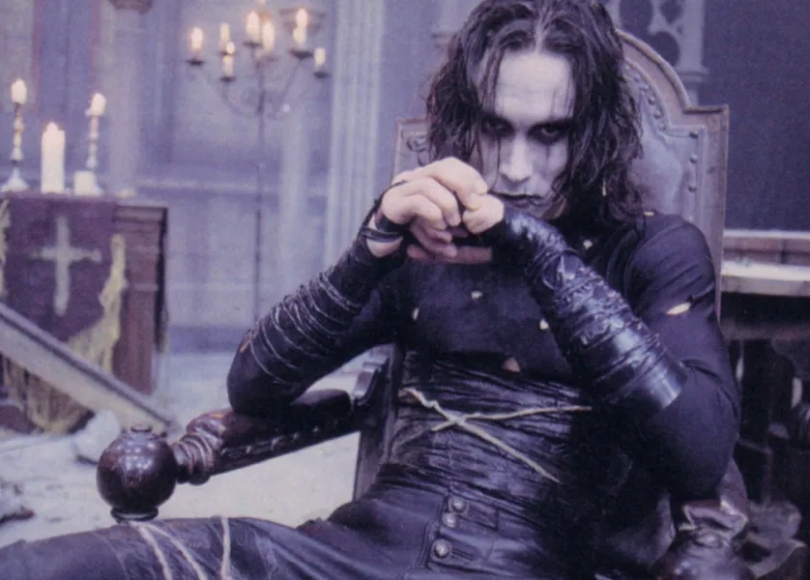 My friend John tweeted the above question last week. It elicited a range of responses, many of which were expected ones, such as Reality Bites, Singles, and Clerks, but also some replies that made me question whether some people understood what was really being defined by “Gen X film.” Since I spent a good chunk of that day unpacking it, I figured I would continue to do so here. I pay for a space in which I spent hundreds of hours writing about the pop culture of my childhood, might as well do so some more.

The first thing to consider is what makes a film a Gen X film? Is it a movie that came out during the time period when Generation X came of age? Is it a movie revered by Gen X-ers because it was part of their formative years? Are all movies that came out in the 90s by definition Gen X movies? If you’ve never pondered these things before you’re in luck because I, self-proclaimed expert on all thing Generation X (despite being a Gen-X/elder millennial cusp baby), am going to explain to you what makes a Gen X movie Gen X, and then give you a definitive sampling of Gen X fare.

Let’s start with the obvious question: is what defines a Generation X movie that it came out in the 1990s? The answer to that question is “mostly.” While the common thread that weaves through Gen X movies is that they were produced by and for people reaching adulthood in the 1990s, it is not accurate to say that all 1990s movies are Generation X movies, nor is it accurate to say that all Generation X movies came out in the 1990s. Take, for instance, Pump Up the Volume. Pump Up the Volume came out in 1990. It stars Christian Slater, who can fairly be considered a major Generation X actor, and it’s a movie that several people reflexively responded with when John Tweeted his question. That being said, I do not consider it to be a Generation X picture. If you look at what it is that Slater’s character is rebelling against in the film and his preferred vehicle of rebellion, pirate radio and early 80s Southern California hardcore music, I think it’s clear that Pump Up the Volume is more easily understood to be a movie about rebelling against the system, and more specifically rebelling against Reaganomics. The movie is about personal and political non-conformity, which is not how Generation X was defined. Generation X primarily presented itself via detachment and irony. It wasn’t cool to care about things, unless those things were cultural signifiers from childhood. Pump Up the Volume is not a Gen X movie (neither is Heathers, for most of the same reasons).

The preceding paragraph gets at why a Generation X film cannot be categorized solely by the time period in which it came out, which I think is clear enough once you look beyond the time period and instead examine the ethos being presented. While not a movie, the best example of this that I can think of is Friends. Friends might be the biggest single entertainment property associated with the 1990s, but I have never once seen it pointed to as an example of a Generation X show. On the other hand, My So Called Life is almost exclusively described as such and used as a touchstone, despite only lasting a single season. The important thing to take away from that is that Generation X is more than just “the 90s.”

An example of something that did not come out in the 1990s that I would absolutely label as a Generation X film is Drugstore Cowboy. Released in 1989, Drugstore Cowboy feels like a 90s film. The subject matter and location thematically match what was going on in Portland and Seattle at the time, and it stars two Gen X icons. I consider Gus Van Sant to be a quintessential Gen X filmmaker, along with Greg Araki, Richard Linklater, Quentin Tarantino, Kevin Smith, and Don DeLillo. Drugstore Cowboy could have come out in 1985 or 2005, spiritually it’s a 90s movie.

The second question I posed above is whether formative movies for Gen Xers are necessarily Gen X movies. To me, the answer is an obvious no, but so many people named The Breakfast Club in their replies to John, plus there is an aspect to formative touchstones that is interesting that I wanted to expand a bit on that no. It feels obvious to me that just because you fall within a generational era everything you loved as a kid or teen is not necessarily of that era, but it appears that it isn’t, so I’ll go a little deeper and again ask that people look towards the themes. The Breakfast Club falls so squarely within 1980s Reaganite comedy that it is obviously not a Gen X comedy. It is a comedy made by boomers for children of boomers who would one day become Gen Xers, but none of the traits defining themselves as such had yet been identified. It’s high school stereotypes overcoming their differences to realize, “hey, we’re all kinda annoyed by our parents sometimes.” That’s the movie.

I’ll throw in an example from my teen years. I love the movie Angus. I even wrote about it on this website. Because I love this movie from childhood, it doesn’t make this movie, which came out in 1995, an elder millennial movie. It’s just a movie I loved growing up. As an aside, while it adopts the superficial trappings of 90s grunge culture, I also do not consider Angus to be a Gen X movie. It’s a children’s coming of age movie that teaches us that nobody in high school feels like they belong; everybody’s weird, and that’s okay. It’s a beautiful movie that I consider to be among the best high school movies of the last 30 years. See? Way too hopeful and sincere to be Gen X.

While I’m still on this question I want to circle back to the formative touchstones I alluded to above. While a movie that Gen Xers loved growing up might not qualify as a Gen X film, referencing that movie is a very Generation X thing to do. Generation X loved to make superficial references to songs, movies, and tv shows from their youth. Look no further than Reality Bites for 90 minutes of glaring examples of this. I’m not objecting to doing this at all. My love for referencing stuff is the reason that this website exists and just now I’m realizing maybe that’s an indicator I’m more of a cusp Gen Xer than a millennial, but the point is the actual content of something might not make it Gen X but calling attention to said thing as a shared cultural experience can be.

Moving on to the final question I posed above (which was actually the first question), what is it then that makes something a Generation X film? I already mentioned irony and detachment, which I would argue are the two essential attributes of Generation X, but I would also suggest that this was the first era of heavy self-reference; I studied semiotics in college so I know that post-modernism was very important in art movements in the earlier 20th Century and the punk movement of the late 1970s, but I believe Gen X was the first time that being meta was popularized across a generation. The rise of the video store also defined Generation X and birthed a certain type of filmmaker whose style was a democratized version of film reference (this is covered very well in a chapter of Chuck Klosterman’s book The Nineties. Chuck does a much better version of what I was trying to do with this website, and if you like thinking critically about this sort of thing I highly recommend it). Beyond that, I’m going to draw upon my law school First Amendment reading on pornography and say that when it comes to something being a Generation X film I know it when I see it. Here’s a non-exclusive list of Generation X films:

A final note. John mentioned in a follow up to his tweet that it feels like our collective view of what is and isn’t Gen X centers on a white and upwardly mobile definition. I think that’s spot on, and while I have thoughts on what some Gen X movies representing people of color and gay and lesbians would be, I’m not sure that I’m knowledgeable enough to define that space.

Hey thanks for reading! I deleted Twitter and don’t run my Facebook page so nothing to plug here, but I’m hoping to produce more childhood nostalgia content soon. Watch this space for updates.