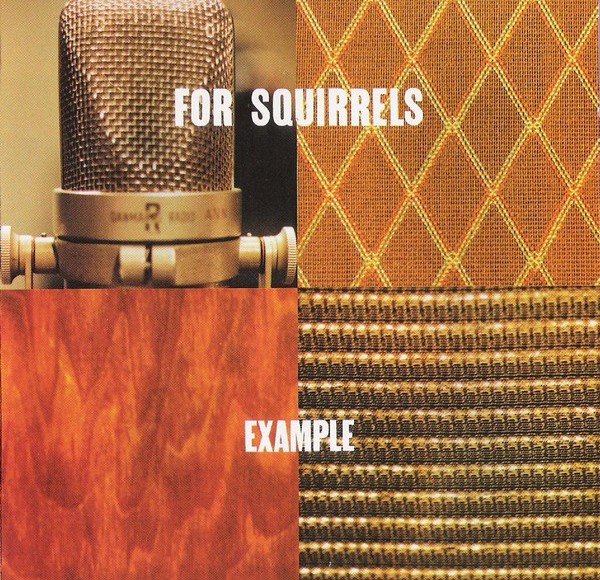 “And by the grace of God go I, into the great unknown”

I grew up in the suburbs and entered high school in 1994, so it should come as no surprise to anybody reading this that I was a huge Kurt Cobain fan. I wrote about Cobain and his importance to me last year on the 25th anniversary of his death, but to sum it up quickly he and Nirvana were one of the most important things in the world to me and my friends at the time of his death, and I devoured every I could find related to him afterwards, including concert tapes and the haunting MTV Unplugged performance. If it pertained to Kurt, I needed it.

What does Kurt Cobain have to do with a song you probably don’t remember that was released in 1995? Literally everything, because the “K.C.” in “Mighty K.C.” refers to Cobain. When the alt-rock station played “Mighty K.C.” the DJ always made sure to mention that the song was a tribute to the Nirvana front-man. What they failed to mention at the time and I wouldn’t come to find out until 25 years later was that the band For Squirrels experienced a devastating tragedy of their own before this album was even released. Example, the album upon which “Mighty K.C.” appears, was scheduled for release on October 3, 1995. On September 8, 1995, the band was on its way home to Florida after playing CMJ in New York when one of the tires on their van blew and the vehicle wrecked. Lead singer Jack Vigliatura and bassist Bill White and their tour manager Tim Bender were killed in the crash. It seems like the news that half of the band had just died would have been important to mention when DJs played their single but for some reason they never did, and the Internet didn’t spread information in 1995 the way it does today. Instead, in 2018 I said to my wife, “Did you know this song?” and then played it for her, followed by looking up the band to see what they were up to now and finding this article.

Now that we’re all sufficiently depressed and the reason For Squirrels was a one hit wonder has been laid bare, let’s check out the song.

Given the subject matter and my goodness, people, several men died, it’s difficult for me to be objective here but I think it’s a beautiful song. Even though I borrowed the CD from the library at the time I don’t remember a lot about the rest of the album so my impressions of the band and their sound are based entirely on this. It alternates between soaring choruses and a driving breakdown (“Send me off to the morgue I’m ready to be buried away down in my bed”) that reminds me very much of The Toadies and Seven Mary Three. Some people may consider that to be an insult but I liked Seven Mary Three and I loved Pearl Jam, who I think Seven Mary Three was trying to sound like when they put that extra “hooh” and “huh” (I have no idea whether this is translating in text) emphasis into the end of lines. The phrasing feels like proto-Americana that all of the former punk singers who are doing folk now have transitioned into (given that For Squirrels was a Gainesville band this fits too well). 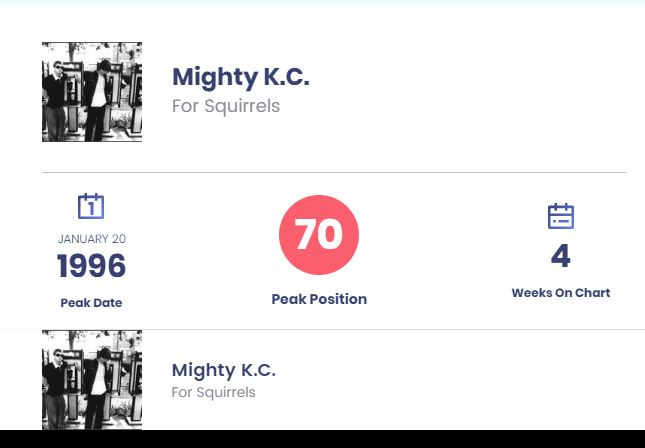 “Mighty K.C.” was a modest hit, reaching 70 on Billboard’s Top 100 and 15 on its Modern Rock chart, and the album Example sold around 100,000 copies.  The remaining members of For Squirrels changed the name of the band to Subrosa in 1996 and continued performing together until 2001.

For Squirrels ultimately had no choice in its one hit wonder status and unfortunately half of the band didn’t even get to enjoy the success that their single found. Despite this they created a beautiful single that stays with me today.

Do you remember For Squirrels? Let us know in the comments or on Twitter.

If you’d like to purchase Example you can get it at the link below. 80s Baby may receive a commission.