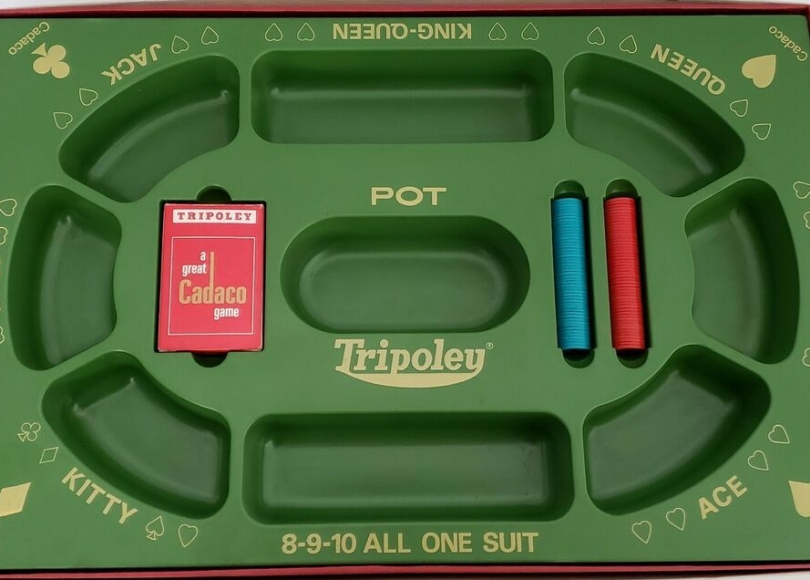 My grandmother on my father’s side passed away in 1995, when I was 15. Since it’s been nearly 25 years I have a lot of vague, half formed memories of my grandmother’s house but not many vivid memories of gatherings there. I remember sitting in the TV room watching the 1993 Thanksgiving NFL game between the Miami Dolphins and Dallas Cowboys, famous for the second of two horrific blunders in Leon Lett’s otherwise excellent career. I remember the vase near the front door filled with pussy willows that I unfortunately once thought of while trying to come up with something to say to insult my sister, and which my parents 100% did not believe was the inspiration for young John calling his little sister a pussy. I didn’t even know the other use yet! We went to Catholic grade school. We were very sheltered. Most of all I remember Tripoley, the game that my aunts, uncles, older cousins, and eventually I played every single Thanksgiving and Christmas Eve after dinner and presents (in the case of Christmas. We did not receive Thanksgiving presents, although I would have been a vocal supporter of this practice if we did).

I’m not sure how my family landed on Tripoley as the game that they always played, although I presume it has something to do with there being several people on my dad’s side of the family who like to gamble, and this was a game you could walk away from with money (instead of the chips provided with the game board my family used nickels). The fact that the game comes with chips and they opted to use coins instead reinforces that notion. It’s also reinforced by the tradition that has since replaced Tripoley of all the participating adults bringing five lottery scratch off tickets and everybody pulling five different tickets out of a basket. 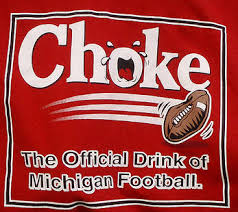 Tripoley is a game that is conducted in three stages, although I’m almost positive that all we ever played were the first and third stages. The second stage is a five card stud hand of poker. Since anybody reading this probably knows what that consists of and it’s not related to the way we played I’m going to skip that one. Prior to the first stage everybody in the game would drop a nickel into each of the nine labeled receptacles in the game board. The dealer deals hands to each player, plus one extra hand. If the dealer doesn’t like his or her hand it can be swapped for the extra one, sight unseen. If the dealer keeps the original hand, players can bid for the extra hand. The first stage then consists of players collecting coins from the reservoir that correspond to cards in their hands. Any of the combinations that aren’t collected remain, and those build up in subsequent hands until somebody collects. Stage three is a card game called Michigan. We never called it that because Michigan is a dirty word for Ohioans. Had I called my little sister Michigan I might still be punished 30 years later. Anyway, *ichigan is a game where a player puts down the lowest card in a suit, then the person with the next card in that suit puts it down, and this continues until nobody can play on that suit. The last person to put down a card does the same with the lowest card they have in another suit, then the third suit and the fourth. Play continues until somebody goes out. That player wins the money in the kitty. The way the game is designed, players are supposed to then put a chip in the kitty for each remaining card in his or her hand, but I’m pretty sure we never did that. Play is then re-set and everybody antes again. According the the rules of the game, the game ends essentially whenever the players choose to end it. We used to play marathon games where everybody started with $2 in nickels and players would drop out when they ran out of money. As it got down to a couple of people left the usual move was to split whatever remained in the unclaimed receptacles.

My dad’s side of the family still gathers on Christmas Eve, but the practice of playing Tripoley ended shortly after we stopped having them at my grandmother’s house. My cousins tried to revive it on a few occasions but it never managed to stick. I wish I had more memories of time at my grandmother’s but the few I have are pretty good ones. Except for the pussy willow one. That one I could do without.

Does your family have any holiday traditions? Let us know in the comments or on Twitter.

Interested in starting your own Tripoley tradition? Pick up the game at the link below. 80s Baby may receive a commission.