As a devoted Oxford comma user, that title was difficult to type. I wanted to be accurate and Win, Lose or Draw wasn’t classy enough to include the second comma, so I accept it and move on. If you missed Monday’s article I talked about Hollywood Squares. You can read it here. For part two of Game Show Week I’m covering the two other game shows that colored my 6 year old perception of daytime TV, Win, Lose or Draw and The Price is Right.

There’s a chance that some readers of the website never encountered Win, Lose or Draw since it hasn’t had as many iterations as Hollywood Squares or a lengthy run like The Price is Right. To put it simply, Win, Lose or Draw is Pictionary. The show debuted in 1987 and two versions of it ran simultaneously: a daytime version that ran on NBC and a syndicated version that aired in the evenings. Burt Reynolds was the co-creator of the show, the set was modeled after Reynolds’s actual living room, and I’m blaming Burt for the lack of Oxford comma in the title. The Bandit doesn’t seem like a stickler for punctuation. I primarily watched the daytime version on NBC, which was hosted by Vicki Lawrence. The evening version was hosted by Bert Convy, the show’s co-creator. I don’t think Bert brought a lot to the table apart from sharing a first name with Reynolds.

The format of Win, Lose or Draw was a men’s team versus a women’s team, each consisting of two celebrities and a contestant, competing in three rounds followed by a speed round. In the initial rounds one team member would have a minute to draw clues, with the option to switch off to another team member with thirty seconds left. If the switch occurred the puzzle’s value was halved. If the team did not guess correctly within the time frame the other team would have a chance to steal. The fourth round was a speed round. One artist from each team would get two minutes to draw as many clues as possible. If you didn’t follow that, I’ve embedded an episode below.

The quality of an episode of Win, Lose or Draw depended almost entirely on who the celebrity guests were. No matter what, the viewer at home is going to get frustrated watching the participants fail to guess super obvious clues and others failing to draw the simplest things, so decent contestant banter went a long way. Unfortunately not every episode could feature Richard Simmons (I guess it probably could. It’s not like he had a lot else going on) comedy genius to six year olds everywhere, so the NBC show was canceled in 1989. The syndicated version ended in 1990. A teen version of the show ran from 1989-1992, and Justin Willman, the Cupcake Warrior himself, hosted a Disney Channel revival in 2014. I guess it failed to draw (eh? eh?) viewers, because it only lasted five months.

You know what wasn’t Pictionary? The Price is Right. The venerable game show has existed in its current form on CBS since 1972. An earlier version aired on NBC and ABC from 1956 to 1965 but I’ve never seen it and this is an 80s and 90s website, so we’re diving right into the Barker years. Barker, of course, is Bob Barker, who hosted the show from 1972 until his retirement in 2007. As of this writing he’s still alive at 95 years old, and I’m hoping I don’t jinx it by typing those words. 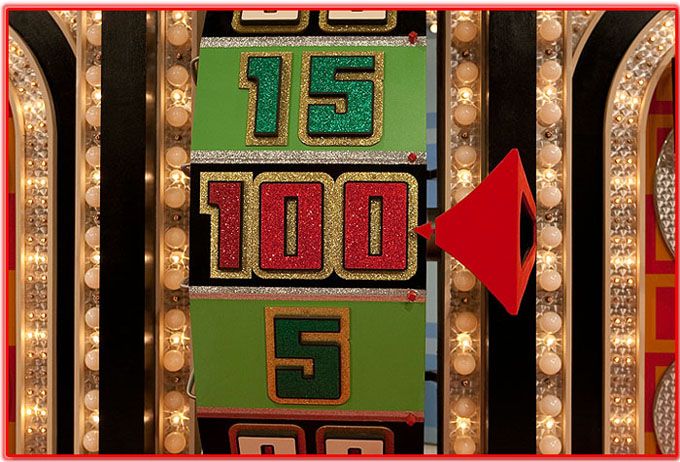 I have a feeling that everybody reading this is familiar with the format so I won’t spend too much time describing it. It consists of six bids leading to six pricing games and two Showcase Showdowns. The winning wheel spinner on each Showcase Showdown (closest to a dollar without going over) moves on to the final showcase, where the two finalists attempt to accurately predict the value of their respective prize package. Bob Barker was assisted in running the game by Barker’s Beauties, models who presented the prizes and the showcases.

You can probably guess where this article is going next without going over: I’m going to highlight some of my favorite pricing games from the show. You can probably also guess that Plinko is going to be one of those games, because Plinko rules. So let’s get into it.

Cliff Hangers is a mountain climbing game. Between Cliff Hangers, the Matterhorn at Cedar Point, York Peppermint Patty commercials, and my father’s love for The Sound of Music, there were a lot of Alpine influences in my life in the late 1980s. The basics of the game: there’s an incline and a mountain climber. The contestant bids on three double digit priced prizes. After each bid, the mountain climber moves the number of notches up the incline equaling how many dollars the bid was off of the actual price. If the contestant gets through three bids without sending the mountain climber over, he or she wins all three prizes, plus a grand prize.

What makes this game rule? This game rules for two reasons: suspense and yodeling. Bob didn’t reveal the dollar amount by which bids were off until after the mountain climber began to move, so nobody knew how far the climber was going to go. This especially got exciting when the contestant made the third big and didn’t have a lot of mountain left to work with. Would the climber stay on? Somebody call Sylvester Stallone, because it was a real Cliffhanger. The other thing that ruled was the alpine music that played while the climber moved. The studio audience got involved in clapping, it was great. 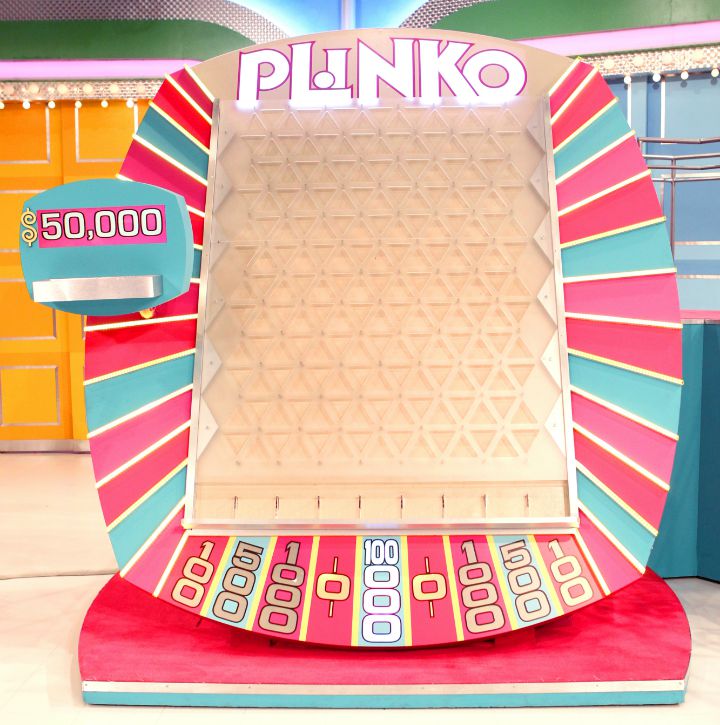 Let’s get into it! You know Plinko, you (should) love Plinko, you probably played a version of Plinko at some point at an amusement park or county fair. Plinko is The Price is Right’s second encore song. It’s the one everybody’s there to see, that Bob’s got stowed in his back pocket ready to pull out at the opportune time. The pricing portion of the game is just prologue. The contestant gets a freebie Plinko chip, and can earn up to four more Plinko chips by guessing which of the two digits in an item’s price is incorrect. Once the bidding is dispensed with, the real game begins. Plinko is a huge pegboard. At the bottom are various slots with dollar amounts, ranging from $0 to the grand prize of $10,000. The contestant climbs to the top, places the Plinko chips along the top of the board, and lets go. That’s it. That’s the game. Sometimes the best things in life are the least complicated.

What makes this game rule? I honestly think it’s the simplicity. This game stands out in the eyes of children because even at seven years old I could see myself doing this. Sure, you have to make some guesses to get the extra chips, but after that it’s just placing them and letting them rip. Unlike most of the games, this one appears to be mostly reward with very little risk.

Let’s wrap up with one of the games where the contestant had an opportunity to win “A New Car!”

This was a quick one. The contestant was presented with the price of a car, and each digit was either one higher or one lower than the actual price of the car. The contestant proceeded to then change all five digits. Once the price was changed, the contestant would ask “…do I have one number right…two numbers right…” up to five (in order). After every question, if the number was correct we’d hear a car horn. As long as the contestant had at least the first number correct he or she wold get an opportunity to correct the rest of the numbers.

What makes this game rule? A new car! Also I had a short attention span as a child and the game was easy to understand. It went quickly, which meant on to the next challenge if it didn’t work out. Also in the instances where a contestant had all five correct off the bat it was very satisfying to see.

There are so many great games I didn’t mention but it’s time to wrap this up. Maybe I’ll cover more in the future. Check back on Friday for our final entry in Game Show Week.

Did you watch Win, Lose or Draw? What were your favorite games on The Price is Right? Let us know in the comments or on Twitter.

If you’d like to learn more about the history of game shows and direct a few bucks 80s Baby’s way, check out the book below:

Game Shows FAQ: All That’s Left to Know About the Pioneers, the Scandals, the Hosts and the Jackpots