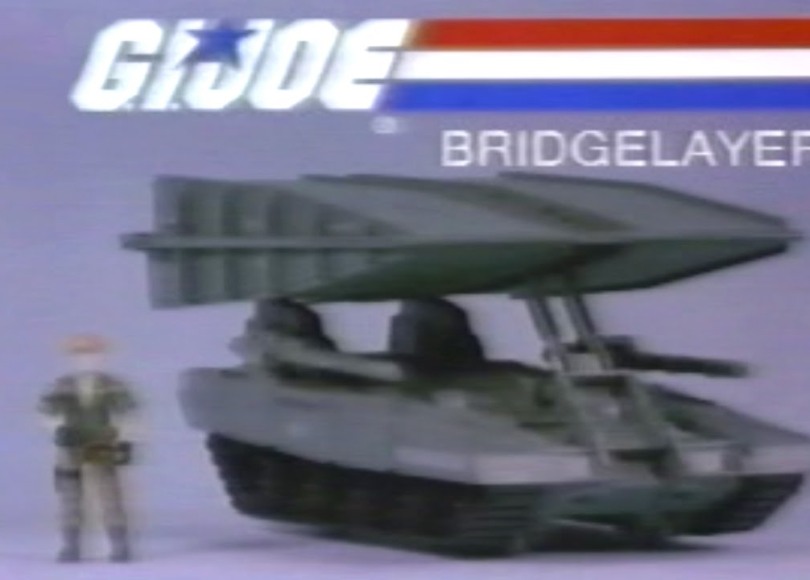 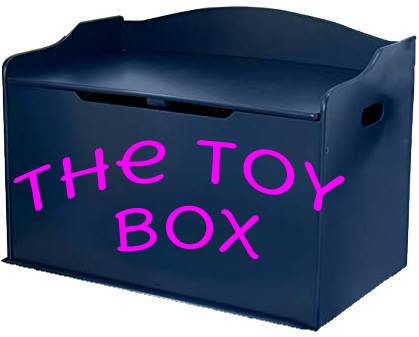 I haven’t reached into the toy box on Eighties Baby in a minute, so today I decided to watch some 1980s toy commercials on YouTube. As you’re probably aware, YouTube is a treasure trove of 80s and 90s commercials, possibly the only force for good on the entire website. My usual source is the excellent 80sCommercialVault channel, but today I just wanted to dip my toe in so I went with a video by a dude (I’m guessing) named CaseyL. Below is the video for reference, and my thoughts on the toys featured. According to the description it is from Christmas 1986, which means I was six, and my sisters were eight and four. In future videos I’ll cover everything including snacks, but today I wanted to focus strictly on the toys. 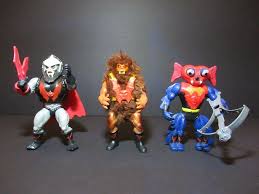 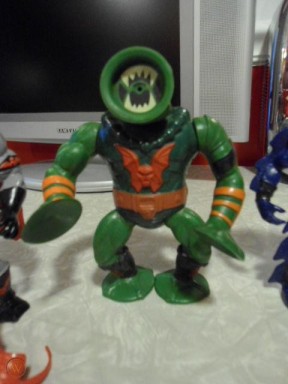 Masters of the Universe: Hordok and the Evil Horde

Of the big 1980s television and cartoon properties, the ones I collected the most were Masters of the Universe and GI Joe. Hordok and the Evil Horde represented later entries in the He-Man universe. At this point the creators had run out of alternate heads they could stick onto the same molds to create new characters, and had to invent all new body types. I remember these figures well but I do not recall the characters appearing in the cartoons at all, although I know they did. Without doing any actual research here and going on what was in the commercial, I’m going to say that Hordok and his gang were a lot like when Serpentor was created and horned in on Cobra Commander’s authority on GI Joe. Hordok was the hot new villain in town, and Skeletor must have felt threatened. You can tell by how he contributes absolutely nothing in the commercial. It’s intimidating; Hordok’s got a dude named Leech with big sucker hands and a gaping maw, there’s a furry guy named Grizzlor, and Mantenna, who probably should be in water. Seriously guys, he doesn’t look well. A quick glance at the Internet just told me that they are better known for She-Ra, which kind of refutes a lot of the points I made above, so ignore that I just said this.

As for which ones of these I owned, I think I had every one pictured except for Mantenna. I chose to leave him in the sea where he belonged. Leech was by far my favorite, because he had a button on his back that you could push and create suction. My sisters and I would attach Leech and put suckers on each others arms. Leech ruled. Second best was probably the furry guy, Grizzlor, because he was furry. That’s reason enough to like him. 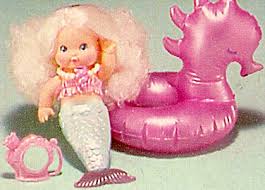 I had to call my sister Melissa for this one. I don’t remember this toy at all, and I also don’t remember that it had an accompanying cartoon (of course it did. Did you expect to sell the toy by relying on just commercials?) My sister says she remembers Sweet Sea well but never owned her. She absolutely wanted one because it was sweet looking and you could bring it in the bathtub. As you’re going to hear more about later on in this article, apparently the Bilancini kids had a thing about bringing toys in water. Melissa also said that Sweet Sea reminded her a lot of Glo Worms, which makes sense because it’s essentially the same toy design, just swapping tail for worm. It looks like the Sweet Sea cartoon existed around 1985 to 1986, and I’m sure it was chock full of undersea adventures.

Oh Melissa also says 80s toys were so creepy looking, and for that transgression I will never speak to her again. That may sound harsh, but it’s only right given she took a big old dump on our childhood with that slander.

Sectaurs: Warriors of the Symbion

I don’t remember these at all. It might be because their cartoon only lasted five episodes, it might be that my brain was so offended by the stupid name Sectaurs it chose to write over the memories immediately. Sectaurs appeared to be part man, part insect. Obviously the “sect” part of the name refers to insect. It appears that the “taurs” part of the name is attempting to evoke minotaurs and centaurs. The problem with that in both instances “taur” referred to “bull” (yes centaurs are part horse. Trust me, the etymology of both is bull). Sectaurs are dudes with antennae, no animal hindquarters at all. This name is so incorrect it’s actually making me angry right now. Also making me angry is that a dumb company did a dumb Kickstarter to make new versions of this dumb toy, and 598 dumb people gave close to $60,000. Ugh! Moving on. 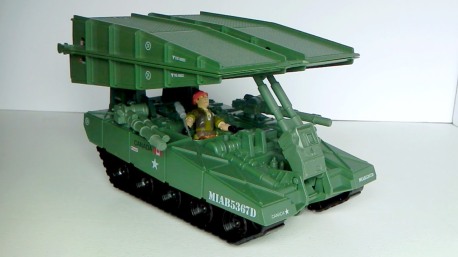 GI Joe: Bridge Layer and Striker (Plus the introduction of two new Joes!)

Now we’re talking. As I alluded to earlier, I had a buttload of GI Joes. I didn’t have a lot of the vehicles and playsets because while my parents spoiled the heck out of us it’s a lot easier to afford a bunch of dudes than it is an aircraft carrier (if only) or a command center. That said, I had the Bridge Layer (I didn’t own the Striker, I don’t think. It’s a fairly forgettable vehicle). The Bridge Layer was awesome. You see, it’s like a tank, but a tank that carries its own road on top of it. Need some road? Why, I happen to have some right here. Why yes, I do deserve all of your adulation now. If I’d owned Sectaurs I would have mowed their asses down and then dropped a damn bridge over them with this baby.

The new Joes introduced in this commercial were Barbecue and Shipwreck: 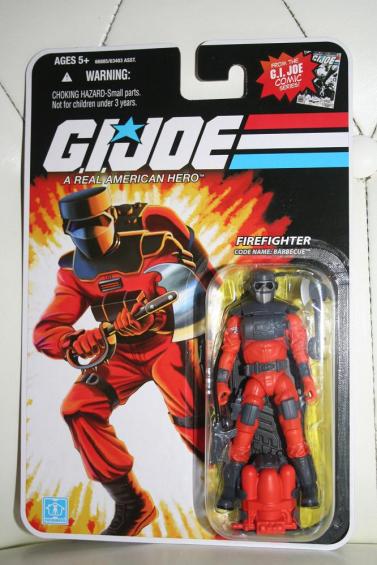 Barbecue was cool but I didn’t have any special affection for him. Shipwreck, however, was my boy. He wasn’t my favorite character on the cartoon but he was probably my favorite of the toys. He was a sailor and he had tattoos and a parrot! Everything about him ruled. Remember what I said about Bilancinis, toys, and water? I definitely dropped Shipwreck in the toilet. The parrot, too, and I don’t think I got the parrot back. He needed to be in his natural environment, there wasn’t an ocean handy, so I had to make do. 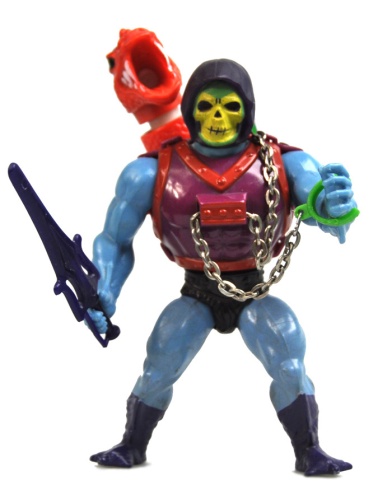 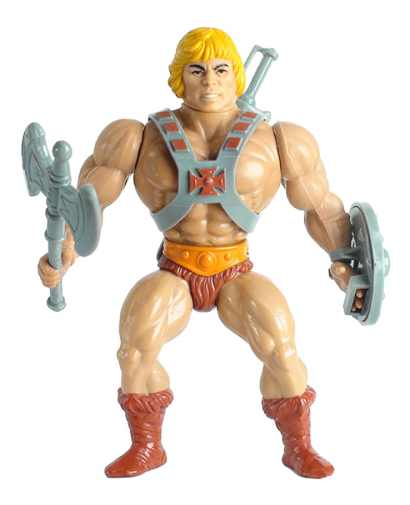 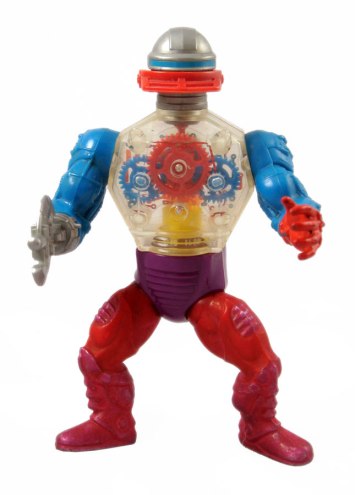 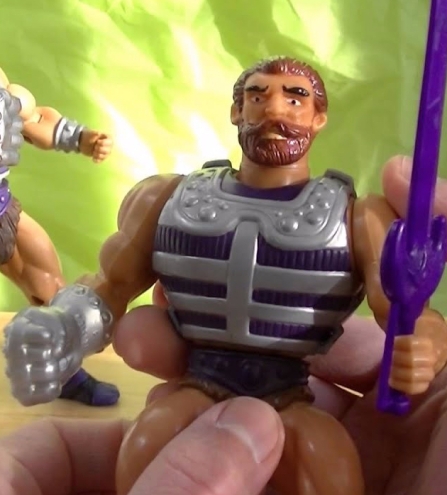 Masters of the Universe (Again)

Today’s toy commercials end with a return to the Masters of the Universe. I owned all of these except for the Dragon Blaster Skeletor, which is too bad because the attachment is pretty sweet. He-Man is fine, Fisto (the guy with the metal first) is fine, but for me Roboto is the highlight of this group. When I was watching the commercial I actually said out loud “Roboto was so fucking cool.” I think the appeal is obvious: as a kid, you don’t know how a lot of things work. Sure, this is only a toy, but it’s the toy of a robot, and that robot’s midsection is clear, exposing the gears inside that supposedly animate him. It’s a simple yet effective touch, and I still think it’s rad, so much so that I’m probably going to start scouting Roboto listings on eBay. Adam (He-Man) on the other hand is boring. Hulk Hogan was never my favorite wrestler and Adam was never my favorite He-Man character. I don’t trust people whose favorite characters were the main one.

Did you own any of these toys? Which ones were your favorites? Let us know in the comments or on Twitter.