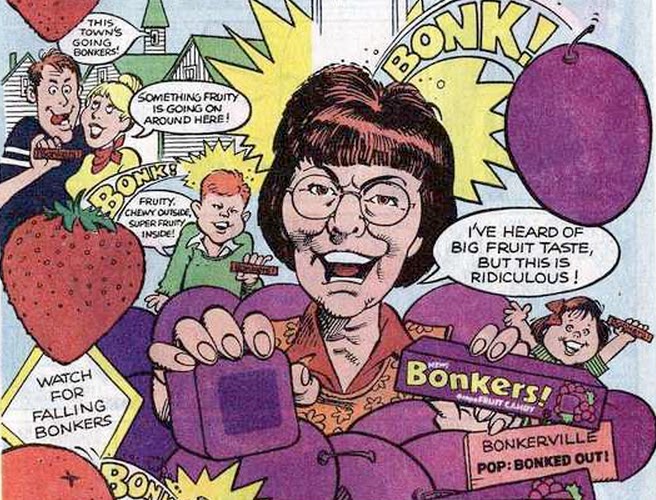 My diet is a horror show, but horror show is a vast improvement over how I ate growing up. I was stubborn and picky, and very good at getting what I wanted. One of the things I wanted most of the time was candy, and the 1980s and early 1990s was a great time for new adventures in candy. Today I’d like to go through some of the candies of my childhood. I’m going to avoid some of the classics like Snickers and Butterfinger, instead focusing on candies that have come and gone or ones that you don’t often see anymore.

Gum is going to be disproportionately represented in this article, because there were some major advances in gum technology in the 1980s. Nearly all of those advances related to packaging. It wasn’t enough anymore for gum to come in a gum package; it had to be a beeper (probably more 1990s), or tape, or a chewing tobacco pouch (whoops, spoiler). Bubble Tape was six feet of bubblegum! And it was for you! Not them! That “six feet” was 2oz, as you can see above, or about two normal sized packs of the gum you might have on your desk right now. You better believe I took the “not them” part to heart. All of that Bubble Tape was going in my mouth immediately, the start to an awful habit that persists today when it comes to gum. If I buy a pack, it rarely lasts the day. This is a very bad thing, especially because most gum today is sugar-free and contains sugar alcohol, which gives you diarrhea if you ingest too much. What’s 8 hours in an office without a little danger and excitement though, is what I say.

No, I did not run out of candy to talk about already! I’m including this here for three reasons: 1) when it comes down to it, fruit snacks are not too dissimilar from candy, 2) I should really do an article on fruit snacks but I haven’t yet, and I want to talk about these right now, because 3) the other night it took me an hour to think of what these were called. I enlisted my wife to help, and told her that they were shaped like “little fruits.” She then insisted I was talking about Welch’s Fruit Snacks, which OBVIOUSLY I WASN’T. I finally landed on these, and they DO look like little fruits. Specifically raisins, so nothing like what I was actually thinking of. But anyway.

Fruit Wrinkles were great! They were like taking a little egg shaped cutter to a big piece of fruit leather and ending up with little fruit nuggets. Kind of like delicious rabbit poop pellets. The other thing which inspired my thoughts turning to Fruit Leather was that at the time I was eating Teenage Mutant Ninja Turtles fruit snacks (quick reminder, I am 38 years old) and each package has about 6 fruit snacks in it! Fruit Wrinkles were PACKED with wrinkles! That photo up there is largely accurate. Great, great snack. 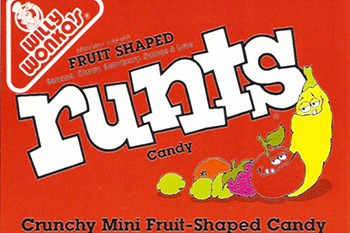 Speaking of shaped like little fruits. If I’m being honest here, Runts weren’t great. Overly hard shell, chalky insides, every package swarming with disgusting ass banana. I included them here because like the dude in your Freshman dorm who existed to lurk, Runts were always around. I’m convinced that drugstores during my childhood had special Halloween candy aisles for people who hated children, stacked floor to ceiling with Runts, Necco Wafers, and Smarties. Runts sucked, and now they take up an outsized portion of my memories.

“Equals 26 sticks.” I never met a single person during little league who didn’t immediately shove most of that package directly into his mouth immediately. I clearly did, I already revealed I’m an idiot who can’t make a pack of gum last more than five minutes. Anyway, Big League Chew was a fun way to pretend you were chewing tobacco. That was the entire point of it. I’m sure the idea was to provide a replacement for chewing tobacco, but when you market it to kids they’re obviously going to treat it like an illicit substance. The whole point of being a child is doing the absolute worst thing you can get away with in any scenario. Now that I think about it, it’s pretty odd that there was more than one candy product in the 1980s that was designed to resemble tobacco, since candy cigarettes were also popular. I’m blaming big candy for my picking up smoking. 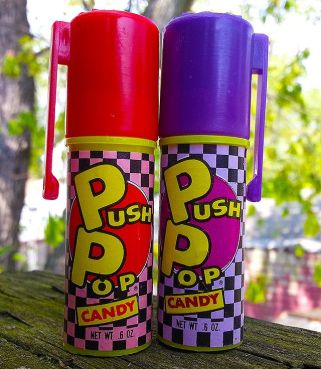 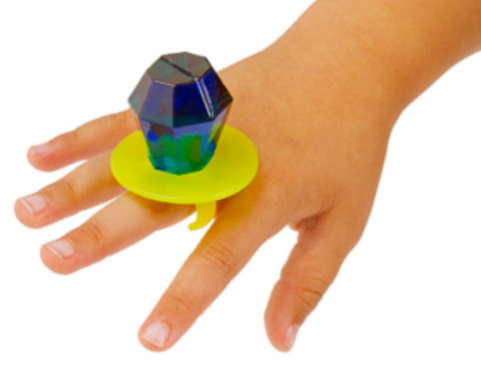 These are basically the same thing, so I’m covering both in one set of paragraphs. The only thing Ring Pops had going for them was the novelty. They were difficult to eat, insanely sticky because two sucks in you have saliva all over your hand and around your mouth, and the finger clasp was way too small. It certainly had nothing to do with me being a freakishly large child who then grew into a freakishly large adult. But at least you got to pretend you were engaged, that famously popular activity for children who believed that all members of the opposite sex had cooties. It wasn’t noted anywhere on the packaging, but if you wore a Ring Pop it negated any active cootie shots. You’d been vaccinated for nothing! But that’s all vaccinations, amirite? Hi please don’t agree with that previous sentence.

Push Pops, on the other hand, were an actual improvement on the design of a sucker (yes I call them suckers. I’m Midwestern and perfect the way I am. Deal). It was sort of like eating a tube of lipstick, not that I’ve ever done that. Chapstick, sure, but that was an accident. Sometime you try to bite it to even it out and end up with a chunk of Chapstick in your mouth IT’S A COMMON OCCURRENCE SHUT UP. Point being, Push Pops contained the sucker and allowed you to come back to it later if you wanted without too much muss. Good job, people who invented this product!

Yes, we’re ending on gum. For some reason I love any and all products that are flavored like another product in a new form: Snickers Ice Cream, Doritos Locos Tacos, Gatorgum, this. There are more, I’m sure, that’s just off the top of the old dome. Actually last year Dr. Pepper and Orange Crush licorice was introduced, and I loved it for the week that Duane Reade carried it before it disappeared forever. So I’m all about gum that tasted like Dr. Pepper, our most educated and tasty pop. I can’t think of anything else to say about it, and now I’m thinking I should have included Gatorgum but there’s already SO MUCH GUM on this list and I should probably just wrap it up. In summation, Taco Bell was giving away free Doritos Locos Tacos on Wednesday and I should have gotten one.

What were some of your favorite unusual childhood candies? Let us know in the comments or on Twitter.