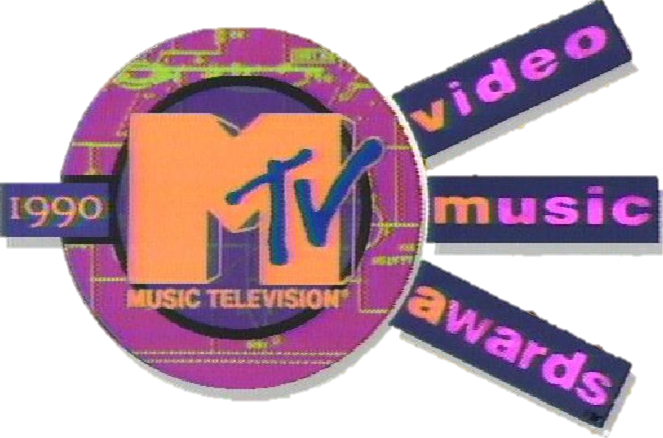 This is the first in a planned series of looks at what I consider to be the most memorable or emblematic videos of a certain year.

This is one of my favorite songs of all time, and nothing can touch the live version on the Tonight Show, but we’re considering official videos here. First of all, be less literal TMBG. You’re two genius nerds, you don’t have to show us a bunch of lighting fixtures. The rest of the video is very emblematic of the artistic scene that the Johns were part of in NYC at the time. Lots of nods to art movements that I’m sure I could identify if my knowledge of culture extended beyond talking about television and videos from 30 years ago. It also has a “damsel in a blue lit cavernous mansion (music hall)” feel to it, which I feel comfortable identifying as a late 80s video trope even though my description of it sounds like I’m telling somebody the rules of American football and English is my third language. Baby faced John Linnell is playing the damsel, of course. Great song, appropriately up your own hipster butt video.

50 million views! How many of those viewers could pick Alannah Myles out of a lineup? Oh baby this checks off so many “of its time” video cliches. It’s cutting between straight depiction of the narrative of the song and concert footage, like it’s not content to let you enjoy the song, you ALSO have to see people enjoying the songs being performed. I honestly have no idea who Alannah Myles is, but I do know that she can rock the hell out of a leather jacket and that the chorus of this song is epic. And that it must be a bitch to commute between her tiny southern shack and the massive arena where her show is located. Also she’s Canadian and appeared in the first run of Degrassi.

“Blaze of Glory” by Bon Jovi

This video is all about John looking sultry and soulful wailing away on his acoustic on a Southwestern mesa, where an abandoned drive in theater appears to be located. I’m going to take a wild guess and say maybe the reason it’s abandoned is because you built it on a mesa in the middle of the desert. It shows a definite lack of foresight and awareness of traffic patterns, and even though Bon Jovi found it it’s apparently too late. Johnny B is also wearing a Native American necklace in the grand tradition of every college Freshman who came back from spring break in Jamaica with braids and beads in her hair. The Southwestern theme is because this song was featured in and is the only thing anybody remembers about Young Guns 2.

The Simpsons released an album. Are you surprised that the Simpsons released an album? There wasn’t a product or medium in the early nineties that the Simpsons didn’t license its way into. “Deep Deep Trouble” is the lesser remembered of the two Bart songs featured here, and deservedly so. Despite the gospel chorus of “Trouble” the rap, written by Matt Groening and DJ Jazzy Jeff, is not good. The video is a mini early Simpsons episode, so it’s of course great.

“Do the Bartman” is the better known of the two songs. The video, featuring Bart taking the lead during a school performance, was directed by Brad Bird. The song was supposedly written by Michael Jackson, which was denied, then later confirmed by Matt Groening, and denied again by the credited writer of the song, Bryan Loren. The song was used to great effect later in the series when Bart referenced it an effort to prove his coolness. Like “Deep Deep Trouble,” the animation in this video is great and well put together, and the rapping is again pretty lame. The reveal at the end that it was all in Bart’s head was a nice touch.

“Epic” by Faith No More

“Groove is in the Heart” by Deee-lite

Damn, 1990 was a banner year for dance songs. And this bass line. So good. Bootsy Collins makes an early cameo in the video, and Q Tip performed the rap. Fruitopia very obviously ripped off the video’s aesthetic when the drink was introduced in 1994. The song is delightful (“Deee-liteful?”), and it’s deservedly seen as one of the best songs of the 1990s. I’m amazed that this is actually an American group and not a European one, and that nobody told the guy with the topknot and the chinstrap beard in the video that this was the case.

“Hold On” by Wilson Phillips

This was a favorite of my older sister’s, and I’m certain at one point she staged a dramatic performance of it with some of her friends. In 1990 there was a federal law mandating that all 12 year old girls must at some point stage a dramatic performance of “Hold On.” The had to have been choreographed hand motions involved. The song itself was meaningless to me apart from being something I was subjected to endlessly. The connections to the Beach Boys and Mamas and the Papas didn’t matter to me either. The video features Wilson Phillips singing on top of a mountain. Hopefully somebody eventually got them down from there.

“Iesha” by Another Bad Creation

ABC was the new jack swing version of Kris Kross, but even younger. A handful of unscrupulous men made a lot of money off of young boys in the early 90s. In this case it was Michael Bivins from Bell Biv Devoe cashing in. The video features kids in matching outfits doing coordinated dance moves and all of them drooling over and trying to pick up a slightly older girl at the playground. It’s not clear if any of them actually end up with Iesha at the end despite one of them bringing her an oversized lollipop, but they are hustled into a car to escape from a swarm of adoring middle school girls.

“Nothing Compares 2 U” Sinead O’Connor

This video is striking. Sinead O’Connor has such a huge voice, and seeing it coming from a dainty looking woman makes it even more effective. The video’s starkness makes it iconic; everybody remembers Sinead’s face filling the frame. Everybody also remembers the controversy around this time surrounding Sinead ripping up the picture of the Pope on Saturday Night Live, and as Catholics this was NOT OKAY, even though I couldn’t tell you then or now what the particular thing was that she was protesting (Looks it up. Discovers it was related to physical and sexual abuse of children by the church in Ireland). Oh yeah, she was totally right. Just 15 years ahead of the curve.

New Jack Swing! Bell Biv Devoe created a musical genre that took over R&B charts and disappeared completely within a couple of years. Their advice to never trust a big butt and a smile remains as trenchant today as it did 18 years ago. The video features some truly embarrassing green screen dancing by the group, and some pretty solid dancing in the background. At one point the definition of New Jack Swing flashes across the screen, and “Now You Know.” I feel bad for anybody who wanted to dance in the early nineties and didn’t have two or three friends around to do the coordinated steps with them. There was an unofficial “no dancing without a troupe” rule in effect. Also Biv was exploiting children, as we touched on above.

Ah Jesus Jones. You took your shot and you nailed it. Nobody outside of your hometown would recognize any one of you if they saw you in a grocery store, but “Right Here, Right Now” is ubiquitous almost 20 years later. This is the only song I remember ever calling a radio station to ask that it be played. The video, like all of these videos, is a live performance, with images of the end of the Cold War projected on video screens behind the band. Oh, you didn’t know that this song is a celebration of the end of the Cold War? Yeah, even while watching the video I didn’t realize it, but Wikipedia assures me that this is the case. Perhaps you associate it with the K-Mart commercial, or the Ford commercial, or you’re thinking of the Crystal Pepsi commercial which was actually “Right Now,” or the dozen commercials featuring the song of the same name by Fatboy Slim. If you want to strike advertising gold, write a song and stick “right now” in the title.

“U Can’t Touch This” by MC Hammer

This is probably the most important song of 4th grade. There’s not a lot to say about the video; it’s fun, the dancing is great, and genie pants look amazingly comfortable. My most enduring memory of this song was the following year when one of my friends did “MC Screwdriver” for the school lip sync contest, complete with tiny gold screwdriver on a chain (and some incredibly unfortunate in retrospect semi-blackface).

Now this is a hair metal video. It starts with the members of Poison pulling up to the venue in vintage cars. CC Deville shows up in a cab with two metal babes, and tells the other band members to pay for it. Then we’re inside a massive arena and Poison is tearing it up onstage. Unskinny Bop is a Poison song that should have been a David Lee Roth song, and in 4th grade we loved the hell out of it. The video features so much jumping! Early on Bret Michaels does a little front flip roll, and they were so proud of themselves they rewound the tape so that he did it backwards as well. Bret is also joined onstage by poorly animated silhouettes of sexy dancers, because in 1990 the prospect of including shitty CGI was even more exciting than using actual sexy band dancers. Close on a heavy implication that CC and the babes are about to have a threesome, and it’s never made clear whether anybody actually paid the cab driver.

That’s all I covered for 1990. I hope it hit on some of your favorites.

What are your favorite early 90s videos? Let us know in the comments or on Twitter.