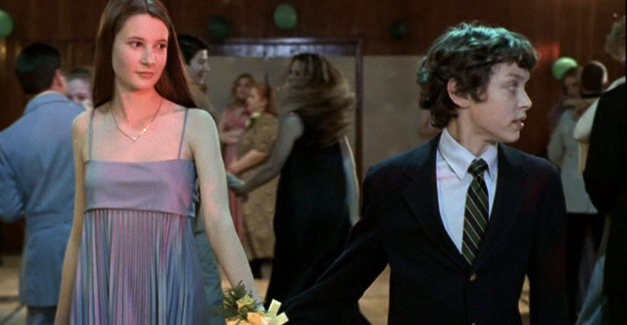 I went to St. Joseph School in Amherst, Ohio for 1st grade through 7th grade. Middle school at St. Joes was my first exposure to that fixture of every sitcom and teen movie, the dance. We only had a few, which was probably for the best given that we were a very sheltered, small population. Basically were started with a population of 35 students in the 1st grade, swapping a few in and out every couple of years, so by 6th grade there were approximately 30 of us, and we’d known each other for half of our lives.

Today and Monday I’ll be looking at 14 of the most memorable songs from my middle school dances. This is mostly going to mean 6th grade, so around 1991-1992.

I’ll get the obvious out of the way first: this is not a good song. It’s a white, Canadian man affecting a Jamaican patois (and yes I’m aware that he says he grew up poor in a West Indian neighborhood in Toronto. That doesn’t mean you get to borrow your neighbors’ culture), and none of the lyrics are intelligible. By every other measure, this song is a huge success. It came out in 1992, and I guarantee that any person who was between the ages of 8 and 30 in 1992 remembers this song in 2019. This song was #1 on the Billboard 100 chart for 7 weeks, and it sold over a million copies in the United States.

2019 John knows that this is a terrible song. 1992 John and his friends loved this song. It didn’t matter to us that it was all gibberish; we were excited that you couldn’t understand the words. We got to be detectives, trying to decipher the lines. And this was a middle school dance banger. Imagine 50 Ohio kids on the cusp of puberty spazzing around and poorly imitating a man poorly imitating a Jamaican accent. Good times.

Kris Kross is going to be mentioned frequently on this website. In the early 1990s kids in LA and NYC were listening to Dr. Dre, Snoop, 2Pac, Biggie, and Nas rap about the environments in which they were growing up, while in Amherst, Ohio, we were trying to put our jeans on backwards. These were kids about our age, decked out in Starter gear (which we were super into), jumping up and down on TV. It’s right there in the name; “Jump” was the ideal middle school dance song. After listening to “Jump” you didn’t even need Chris to warm it up! You were already warm.

“More Than Words” and “To Be With You” occupy this odd space beyond time and beyond genre. No matter the year, as long as we have college dorm rooms and acoustic guitars, we will have 18 year olds pulling out one of these songs mid-way through a party.

We’re halfway through the dance. Apart from when we were dorking out to fast songs, the boys have been gathered on one side of the gym, the girls on the other. It’s a slow song! Are we going to ask somebody to dance? I think I’m ready. Yep, I’m going to do it. Just start walking and…nope. Not yet. Oh good, it’s over. I’ve never been so happy to hear Marky Mark come on.

I wish that this was still the version of Mark Wahlberg that people knew. Basketball Diaries Marky Mark was fine, but why did we have to let him become what he is now? In an ideal world, Marky and the Funky Bunch are opening for a New Kids on the Block nostalgia tour, and in an ironic nod similar to an Old Spice ad, Fruit of the Loom has hired him as the middle-aged version of his early 20s Calvin Klein underwear modeling days. Whichever candidate in the 2020 election can deliver the above has my vote.

My defining memory of this song isn’t actually from a dance, but instead from a lip sync contest that took place at St. Joe’s (I ultimately didn’t participate, but originally my classmate Jared and I were going to do “Dominique” by the singing nuns, at my father’s suggestion) Gary and Jimmy from my older sister’s class did an elaborate performance involving a death row prisoner receiving last rites from a priest and then being electrocuted. I don’t remember what the Catholic Church’s stance on the death penalty was in 1992 (Generally against but not formally in all instances- Ed.) but when depicted by 8th graders for a lip sync contest, St. Joseph’s was decidedly pro.

Oh, the song? It’s fine. It’s another dance song masquerading as hip hop that afforded my friends and me the opportunity to run and jump around like idiots.

Did you know that EMF stood for “Ecstasy Mother Fuckers?” That’s probably not true, but it’s definitely what we thought as kids, and we definitely didn’t know what ecstasy was at the time. That’s even what the band tossed out on its website.

English dance music had a moment in the early 1990s in America, and this was a fun song. It worked well for gatherings of children (and gatherings of drunk adults) because it had a lot of synchronized shouty parts. If I ever decide to become a world famous musician, and many of us do in our late 30s, I’m going to write songs consisting of nothing but synchronized shouty parts. Guaranteed hits.

Deee-Lite “Groove is in the Heart”

American dance music! Even though until recently I thought this was some flavor of Scandinavian. I got into Deee-Lite in more depth for a piece that will run eventually, so I’m going to try not to rehash too much here. Suffice to say, this remains a song that is impossible not to have fun dancing to. I was and mostly still am to this day a self-conscious, stiff, and reluctant dancer. If it weren’t for soccer I wouldn’t have learned that my knees bend until I reached my 20s. Even I loved dancing to Deee-Lite.

Color Me Badd “I Wanna Sex You Up”

Everything about this band and this video is so perfectly early 1990s. I don’t think bumping and grinding had reached Ohio by 1992. If it had, it certainly didn’t make its way yet to our sheltered Catholic grade school. One thing that definitely reached us was those hideous oddly colored suits, paired with much too busily patterned (and possibly silk, or if not definitely rayon) shirts underneath. And the round sunglasses. Goodness. Since we definitely hadn’t reached the point in the dance where touching somebody of the opposite gender was an option, I seem to remember that dancing to this involved a lot of deep knee bends and springing back up with your arms akimbo, sort of like this:

And I’m throwing this one in simply because I saw it on Google. I assume this is 6th graders dancing to Color Me Badd in 2015. 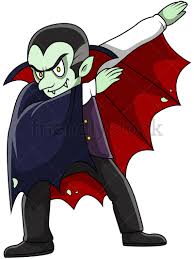 Color Me Badd was the one of the biggest bands in America for a brief period of time, and that makes me happy.

Come back Monday for Part 2!

What was your middle school dance lineup? Let us know below or on Twitter.