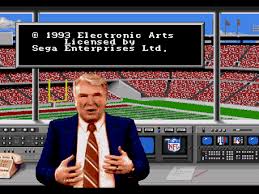 Most people do not consider the Sega Genesis to be the equal of Super Nintendo. I was a Sega kid through and through, but I get the arguments and can see why many people preferred SNES. There was one are where Sega dominated, hands down: sports games. The Electronic Arts Sega Genesis sports games played nearly as big of a role in raising me as my parents did. I spent countless hours on the floor of their bedroom playing Madden and NHLPA Hockey 93, and also paved the for college dorm sessions of WWF Wrestlemania 2000 by making my first forays into group gaming sessions. What follows is an incomplete list of the EA Genesis titles that made the biggest impression on me. 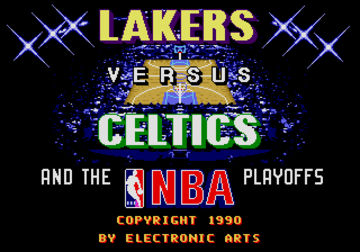 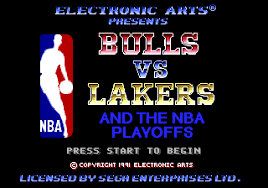 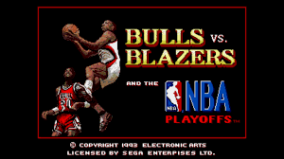 The “vs.” series for Genesis was my entry point for group gaming. I would go to my friends the Gatten twins’ house after school and we would play these for hours. For the time period, the graphics were fantastic, and the games were engrossing enough that it didn’t even matter that the Cavs weren’t available to play as until the third installment. Given that we were all insane Cleveland homers this says a lot. The first installment included 8 playoff teams from the 1990 season. The second and third games expanded to the full roster of 16 playoff teams. It was a fairly simple game and a great entry-level one, given that we were ten years old at the time. We all played CYO basketball together as well, so the video games would bleed into Nerf basketball games and then to our actual practices and games. 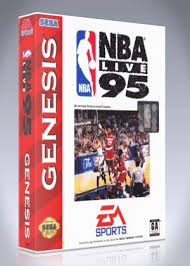 Once you read the entry on Coach K Basketball below you’ll both hate me and not be surprised that even though I was a Cleveland Cavaliers fan I usually played with the Sacramento Kings. The Cavs were butt in 94-95 and for most of the rest of the 1990s, but so was Sacramento. The Kings, however, had Bobby Hurley, who was doing the opposite of tearing up the league (given that he nearly died in a car accident before his rookie season it’s excusable, but it’s true), but still ranked as my new favorite NBA player, having been my favorite college player. I didn’t log a ton of hours on NBA 95, probably because my preferred method of playing was great for stat stuffing but got boring quickly. I would turn the fouls way down, turn off out of bounds, and run at the opposing player and shove him every time he came down the court, thereby making the steal. Then I would pull up at the top of the key in transition and almost always nail the three. Bobby Hurley average 3.8 points per game during his NBA career, and regularly dropped 50 playing 6 minute quarters. 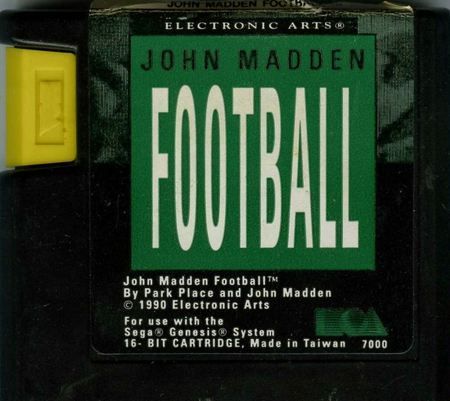 I got into John Madden Football as soon as it was introduced on the Sega Genesis. It was never a group game for me; in fact, if I had to estimate I’d say I’ve played Madden against a human opponent fewer than 20 times total, over every version of the franchise. The early Madden games were leaps and bounds ahead of 10 Yard Fight for NES, but still pretty primitive compared to what was to come. Madden was the the franchise that conditioned me to buy the same game with incremental improvements year after year, something that I did through Madden 95 on the Genesis and continued through PS2 and PS3. At the time it seemed worth it, as they introduced improved mechanics each year, but between the ages of 9 and 14 what I really cared about were the ambulances and being able to injure guys (an actual selling point at one time), and then actual team and player licensing, which came about in Madden 94. Tecmo Bowl and Tecmo Super Bowl were great, but once I played Madden I was hooked and it became my football game until I got away from the sport. 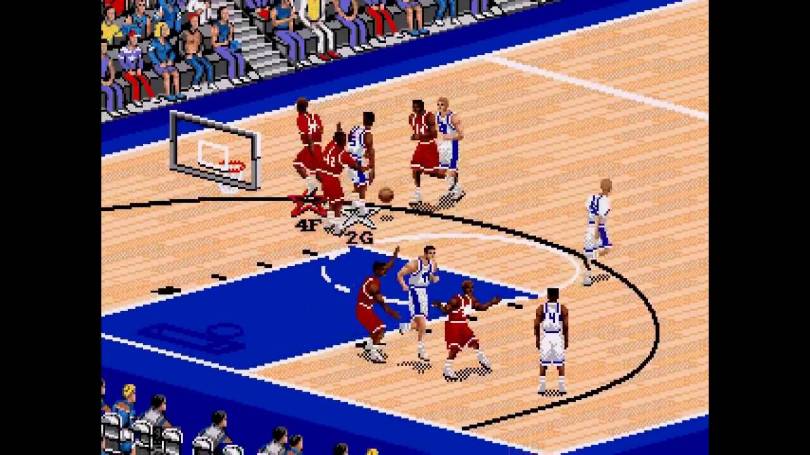 I was the worst kind of kid; the kind who rooted for Duke basketball. I had the issue of Sports Illustrated with Hurley on the cover after Duke won their second title framed on my bedroom wall. I bought a Duke #11 jersey, and still own and wear a Sacramento Kings #7 jersey. Of course I played Coach K Basketball. Of course I only played with Duke, and exploited the quirk in this game and NBA Live 95 where if your point guard pulled up at the top of the key and took a 3 pointer it went in ~90% of the time. I was such a little shit. 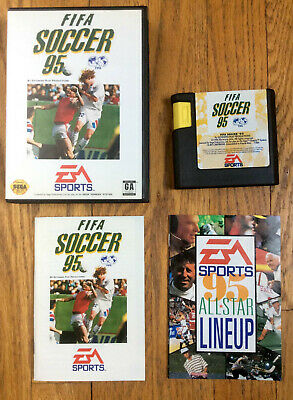 This was my second experience in group gaming. In Fall of 1993 I transferred from Catholic grade school to our local public middle school for 8th grade, and joined the corresponding rec league soccer team. I went on to play varsity soccer my Freshman year of high school, and nearly all of the people who I regularly hung out with were fellow soccer players. We went nuts for the World Cup in 1994, and started following the English Premier League teams to the best of our ability. This made FIFA Soccer 95 a revelation, because it featured six international leagues. After practices and on weekends we went to Cory Ach’s house and played tournaments. Outside of expats, immigrant communities, and kids who grew up playing the sport, soccer couldn’t gain much traction in the 1990s, but the FIFA games were so well produced that they did for a lot of kids what NHLPA Hockey did for me, sparking an interest in what was essentially a foreign language.

This was hands down my favorite Genesis sports game, and I will go to my grave claiming that it’s actually better than NHL 94. A lot of this is due to proximity bias, which may not be a thing that actually exists but I think it covers my preference. I’ll explain. Simply put, I played the hell out of NHLPA. I had my guys identified (Russ Courtnall on the Canadians, Jeremy Roenick (of course) on the Blackhawks, Pavel Bure on the Canucks) and I knew how to score consistently with them. By the time 94 rolled around, was I going to learn a whole new set of moves with another set of guys? No, I was not. Throw in objective things like NHLPA having fighting and the bleeding heads, and QED: NHLPA is better. I don’t need team names. Keep your one timers. I loved Swingers at the time but in retrospect it rewards and glorifies scummy men and swing dancing was never cool, plus they were actually playing 93, it’s just that everybody credits it as 94. In addition, it was the game that introduced me to professional hockey and allowed me to somewhat credibly fake hockey knowledge. Don’t worry, I don’t try to use the player names from the game anymore. In college my game was 99, so as long as Peter Bondra and Kolzig are still playing I’m good.

What were your favorite sports video games? Were you an EA Sports Sega Kid? Let us know in the comments or on Twitter.